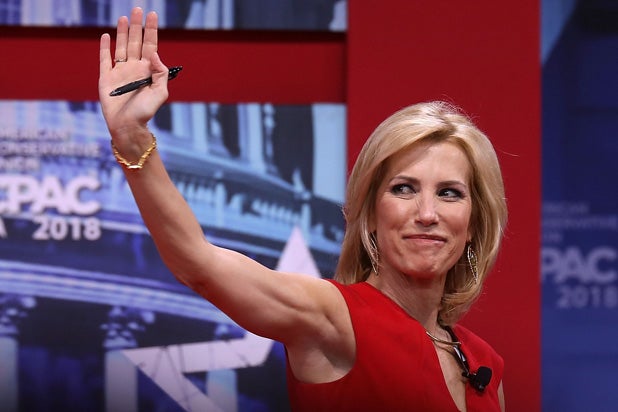 Karolina Wilson, who worked for the network star in 2017, filed suit in D.C. Superior Court, saying that she was fired from her job at Ingraham Media Group after she told her boss that she was pregnant.

“As a result of Defendants’ discrimination, interference and retaliation, Plaintiff lost her income and health insurance at the exact moment when she needed it most, depriving her of health insurance within a month of the birth of her first child and her family’s primary income within three months of adding a new member,” the suit reads.

Also Read: Laura Ingraham Gets Trolled by Her Own Guest: 'Where's Your Sponsors?'

“No pregnant woman should have to choose between her family and her economic security. Karolina Wilson asserts that when she told her employer she was pregnant, everything changed and she was ultimately shown the door,” said Wilson attorney Linda M. Correia. “Pregnant women and new mothers deserve fair treatment on the job and to be able to celebrate a new baby without fear of discrimination.”

A spokesperson for Fox News directed TheWrap to Ingraham’s attorney, Betty S.W. Graumlich, who did not immediately respond to request for comment from TheWrap.

“Ms. Wilson’s claims are wholly without merit as our filed defenses to the Complaint make abundantly clear. We look forward to litigating this case vigorously,” Graumlich told the Washington Post.

Ingraham, according to the suit, had always been a demanding boss but had an overall good relationship with Wilson. The suit went on to say that changed when Wilson became pregnant and that the company refused to provide reasonable accommodations. She was ultimately fired on the day she returned back from maternity leave.

Wilson is suing Ingraham on the grounds that she violated Washington D.C.’s “Pregnant Workers Fairness Act” and its “Family and Medical Leave Act.”

Ingraham is unmarried and is the mother of three adopted children.

The lawsuit could not come at a worse time for the embattled Fox News star, who currently faces an advertiser boycott that was driven by Parkland shooting survivor David Hogg. So far more than two dozen sponsors have fled her show.

Pamela Chelin contributed to this reporting.