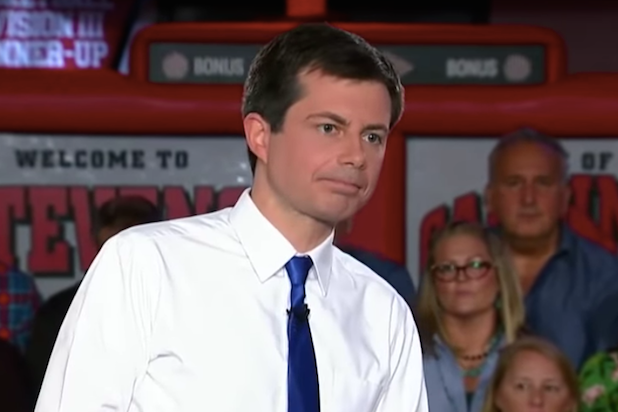 Fox News opinion hosts struck back against Pete Buttigieg after the South Bend mayor publicly called them both out Sunday evening on Fox News during a town hall with Chris Wallace.

In their first broadcasts since the criticism, neither host held back.

Later on that evening, Laura Ingraham said the mayor needed a “reboot-igieg,” noting that he was “oblivious about his own deficiencies as a candidate.”

“Last night, he appeared on this network for a town hall event in front of a studio audience that included a lot of supporters,” Ingraham said. “When he wasn’t pushing for tax increases or lobbing lame cheap shots, he was trying to pass off political pablum as some kind of high-minded oratory.”

“I think somewhere Cecil Rhodes is muttering he wants his scholarship back,” she added, making reference to the mayor’s Rhodes scholarship. “Buttigieg is but another creation of a media apparatus desperate to oust Trump … he showed this unattractive strain last night.”

A rep for Buttigieg did not immediately respond to request for comment from TheWrap.

On Sunday, the South Bend mayor bucked many liberal voices in his own party by attending the town hall. In addition to getting an unfiltered opportunity to air his policy ideas to Fox News’ audience, he also explained why Democrats have been reticent to show up.

“A lot of people in my party were critical of me for even doing this with Fox News, and I get where that’s coming from, especially when you see what goes on with some of the opinion hosts on this network,” Buttigieg said. “I mean, when you’ve got Tucker Carlson saying that immigrants make America dirty, when you’ve got Laura Ingraham comparing detention centers with children in cages to summer camps. Then there is a reason why anybody has to swallow hard and think twice before participating in this media ecosystem.”

Buttigieg is the third major Democratic 2020 presidential candidate to hold a town hall with the network, with Sen. Bernie Sanders and Sen. Amy Klobuchar going before him. And though some of Fox News’ opinion hosts were not pleased by the appearance, that position was not uniformly shared. On Monday, longtime channel political analyst Brit Hume said Buttigieg  “may be the most impressive candidate I’ve seen since the emergence of Barack Obama.”