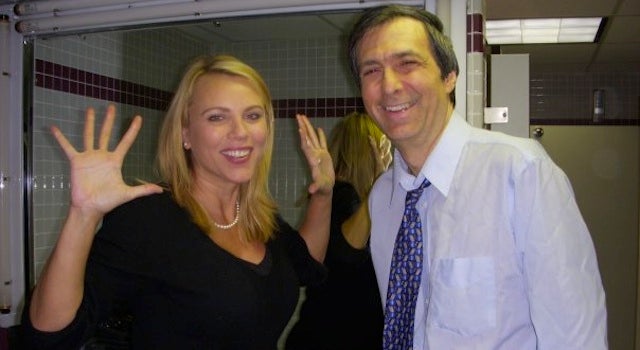 Howard Kurtz gave readers a preview of what to expect on his upcoming Fox News show "MediaBuzz" with a pair of posts about scantily-clad women on Tuesday.

First, Kurtz posted about Miley Cyrus' VMA performance and how it was being over-covered by the media.

Later in the post, Kurtz discussed the NSA revelations and whether or not the U.K. government had the right to demand that the Guardian destroy its hard drives — oh, no, wait, I'm sorry. He actually wrote about a Canadian journalist's topless interview.

"She pulled down her halter top and continued to ask questions while bare-breasted," Kurtz wrote. "The Vancouver columnist got the best of both worlds — generating traffic for her stunt while pixilating her body so she didn't show the goods (except to the exceptionally calm mayor)."

Kurtz followed that up with another post to demonstrate to the media world what it should be covering by writing extensively about the Facebook page of the daughter-in-law of his former Washington Post boss, Ben Bradlee.

Pari Bradlee is a yoga instructor, not a journalist, so it's unclear why Kurtz felt the need to single her out, other than his assumption that "she is marketing herself with a combination of Facebook's share-everything ethos and her famous last name."

While Bradlee wasn't clothed in her profile photo, she was demonstrating a yoga pose and it was tastefully done.

In her profile header image, Bradlee is wearing what Kurtz enthusiastically described as a "Swiss-cheese bra that leaves little to the imagination and long black leather sleeves and briefs … it drew a torrent of breathless comments."

It's hardly Miley Cyrus-level stuff, but it's also apparently more important for Kurtz to discuss than, say, Syria or Fort Hood or Obamacare.