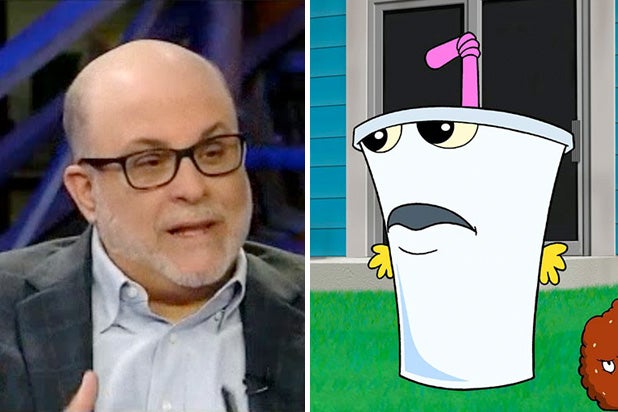 A video on Twitter overlaying a Levin monologue about special counsel Robert Mueller on the sarcastic talking milkshake has been making the rounds, with many commenting on the uncanny similarity between the two voices.

“There was no violation of federal campaign laws. Lanny Davis blew it,” thundered Levin. “You’re a dummy, Lanny. By making payments to two women for the principal purpose of influencing an election. If those payments were a crime for Michael Cohen, then why wouldn’t they be a crime for Donald Trump?

“They weren’t a crime,” Levin concludes as Shake walks off screen.

Levin’s rant’s likely comes from August as it mentioned a tweet from Davis that month lauding his Cohen’s declaration that President Trump directed him to break the law. (The president has denied any wrongdoing.)

“Today he stood up and testified under oath that Donald Trump directed him to commit a crime by making payments to two women for the principal purpose of influencing an election,” said Davis. “If those payments were a crime for Michael Cohen, then why wouldn’t they be a crime for Donald Trump?”

“Aqua Teen Hunger Force” has long been a cult classic on Cartoon Network’s Adult Swim with new episodes running in fits and starts for 11 seasons between 2000 and 2015. The character of Master Shake is actually voiced by comedian Dana Snyder.