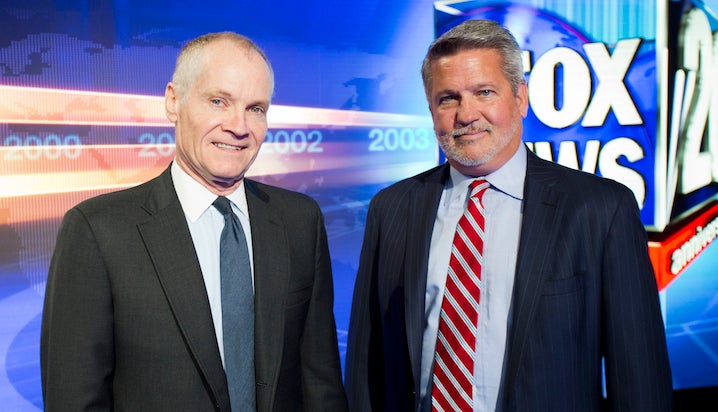 Fox News Channel finished 2016 as the most-watched basic cable network among both primetime and total day viewers, a first since the channel launched back in 1996.

The cable news juggernaut also celebrates its 20th anniversary as with the fifth most-watched primetime for the year in all of television — ranking only behind the big four broadcast networks: NBC, CBS, ABC and Fox.

“As we close out our 20th year, Fox News continues to redefine television news and break ratings records, proving it is indeed the most watched and most trusted television news source in the country,” Fox News co-presidents Jack Abernethy and Bill Shine said in a statement.

Abernethy and Shine have plenty to celebrate, as they managed to keep Fox News atop the cable landscape despite constant distractions surrounding former CEO Roger Ailes, who stepped down in disgrace earlier this year after multiple women came forward with sexual harassment claims.

Fox News was the only basic cable network to surpass two million primetime viewers for the year, on average. ESPN finished second with 1.92 million, while TBS came in third with an average viewership of 1.5 million. HGTV, USA, TNT, CNN, Discovery, History and MSNBC round out the Top 10 primetime networks.

The wild presidential election was good for all cable news networks, as CNN and MSNBC both outgrew Fox News compared to 2015 viewership despite Fox attracting significantly more overall viewers.