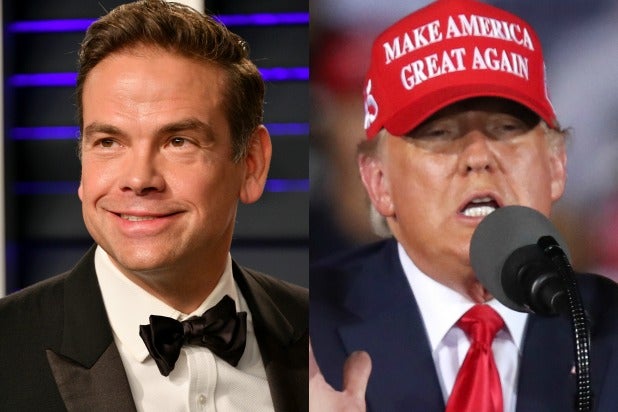 Fox Corp. CEO Lachlan Murdoch said Tuesday he’d enjoy the chance to go up against Donald Trump in the cable news wars — should the president launch a Fox News rival once he leaves the White House — without actually dropping the president’s name.

“We love competition,” Murdoch said during the company’s earnings call. “We have always thrived on competition.” Murdoch, the son of Fox mogul Rupert Murdoch, was responding to a multipart question from Guggenheim Securities analyst Michael Morris, who brought up Trump’s past references to “perhaps starting a news network” and asked Murdoch “how you would think of that competitively.”

“I think the second part of your question, Michael, was around new entrants, competition, into the news environment,” Lachlan said, noting that Fox News already have “strong competition” in the cable news space. “I will say the only difference today versus some years ago, as our audience has grown and our reach has grown, we see our competition as no longer only cable news providers, but also as the traditional broadcast networks. And as you know, Fox News has been the No. 1 network, including broadcast networks, now, as I mentioned, from Labor Day through to Election Day.”

Fox beat Wall Street analysts’ expectations for its first-quarter 2021 fiscal year earnings and revenue Tuesday. You can read more about those results here, which included an 18% jump in ad sales at Fox’s cable segment thanks to Fox News’ ratings surge ahead of the 2020 election.

Murdoch’s response to the possibility of future competition from Trump came on Election Day itself, as America waits to find out if there will be four more years of Trump, or if the presidency will switch over to Joe Biden. Of course, Trump can’t launch a Fox News rival while still serving as the U.S.’s commander in chief, meaning Murdoch’s love of competition would have to be limited to the rest of the private sector until Trump is out of office and actually decides (if he ever does) to go through with that particular challenge.

Ahead of the 2016 election, Vanity Fair reported that Trump — then considered a longshot to beat Hillary Clinton for the presidency — was considering the launch of his own cable news network as his next act. He has floated the idea several times during his presidency in response to what he has called biased coverage from existing media outlets.