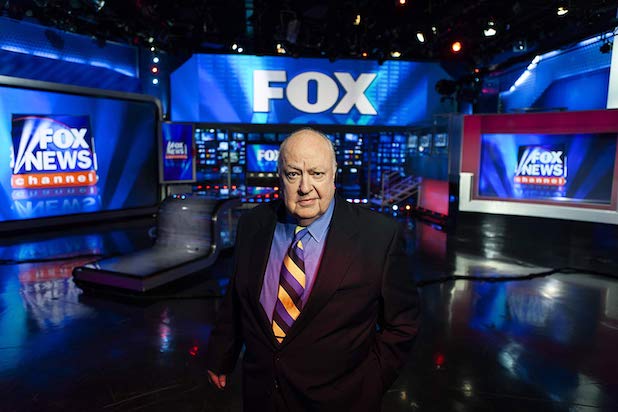 Former Fox News employee Laura Luhn is suing Showtime for $750 million over what she believes will be an unflattering portrayal in an upcoming limited series about the late Fox News founder Roger Ailes.

According to a lawsuit filed in Los Angeles Superior Court on Tuesday, Luhn argues that the series — based on Vanity Fair writer Gabriel Sherman’s book “The Loudest Voice in the Room” — completely misrepresents her as a willing collaborator in helping Ailes sexually harass other women at the network.

Luhn’s suit says she contemplated suicide after she was “blackmailed” into having sex with Ailes and “required … to report to him any signs of what he called ‘disloyalty’ within the management, staff, and on-air talent of Fox News.”

The lawsuit seeks a permanent injunction to block Showtime from using Luhn’s likeness in any way, though it does not indicate how she has knowledge of her depiction in the series.

A rep for Showtime declined to comment; a rep for Sherman, who is also named in the suit, did not immediately respond to requests for comment.

Ailes resigned from Fox News in 2016 after former host Gretchen Carlson sued him for sexual harassment; eventually, more than a dozen women came forward claiming Ailes sexually harassed them. Ailes died less than a year later in May 2017.

In her lawsuit, Luhn said Ailes repeatedly told her “I own you” during her two decades at the network, and used the Fox News media team to smear and discredit her after a reporter looked into a possible relationship between Luhn and Ailes.

Luhn says that Ailes “forced” her to “purchase black garters and stockings to wear for Ailes, which he called her ‘uniform,'” according to the suit.

The lawsuit also claims that Ailes forced Luhn to perform oral sex in a New York City hotel following a promotion in 2004. To keep Luhn quiet, the suit says, Ailes held onto compromising sexual pictures and videos of her.

Before filing her lawsuit, Luhn attempted to work as a consultant on the series to insure she was portrayed accurately.

For the record: A previous version of this story mischaracterized how Luhn says she was forced to assist Ailes during her time working for him at Fox News.