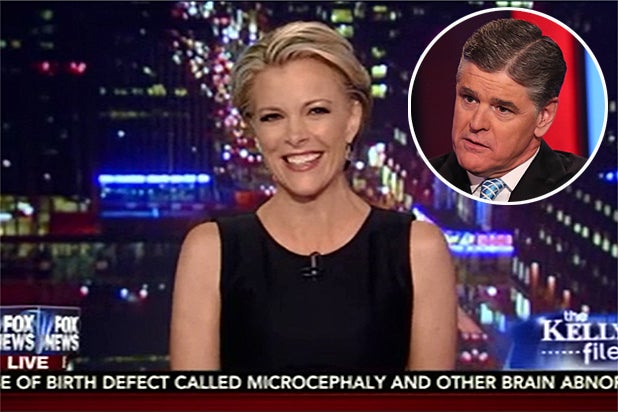 Things are getting mighty uncomfortable over at Fox News.

On Wednesday night, Sean Hannity accused colleague Megyn Kelly on social media of supporting Hillary Clinton, and making it obvious to the public.

“u should be mad at  @HillaryClinton Clearly you support her. And @realDonaldTrump did talk to u,” he tweeted, while linking out to a clip on Mediaite.com in which she said Trump will only go on “Hannity” because it is a safe place.

“Donald Trump, with all due respect to my friend at 10:00, will go on Hannity and pretty much only Hannity and will not venture out to the unsafe spaces these days, which doesn’t exactly expand the tent,” Kelly said in the video.

This did not sit well with Hannity, who quickly hit back hard on Twitter. When told by one user that he should stand by his co-workers, he responded: “Sure. When they stand by me.”

Kelly had also criticized Clinton in the clip, saying both candidates were in “their own version of a protection program,” and that Hillary has been doing soft interviews with Mary J. Blige and “Entertainment Tonight,” and even had the questions given to her on “The Steve Harvey Show.”

@megynkelly u should be mad at @HillaryClinton Clearly you support her. And @realDonaldTrump did talk to u. https://t.co/vsQiNMgHut