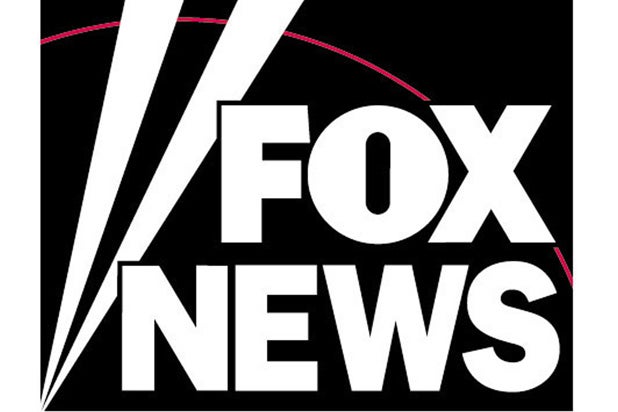 Two African American women employed by Fox News filed a lawsuit against the network and recently axed comptroller Judy Slater, alleging a broad pattern of “top-down racial harassment” that they claim the company tolerated for years.

In a suit filed Tuesday in New York Superior Court in the Bronx, former payroll manager Tichaona Brown and payroll coordinator Tabrese Wright allege that they were subjected to ongoing racially charged harassment and discrimination by Slater, a 19-year veteran of the company who is white.

As TheWrap exclusively reported on Friday, Slater was fired late last month after an internal investigation concluded she had engaged in a pattern of racist comments and behavior — a decision the suit claims occurred “because Fox knew this would become a public matter and wanted to salvage its reputation.”

According to the suit as well as a second individual familiar with the network’s investigation, Slater regularly stereotyped African American employees’ speech, openly complaining that they mispronounced words, and on one occasion asked Wright if all three of her children were fathered by the same man.

The suit further alleges that after both women failed to reach a settlement with the network, Brown was herself fired on Monday — which the company disputes — and that Wright was effectively demoted with an involuntary transfer to a position with less opportunity for advancement. Brown joined the company in 2008, Wright in 2014.

“We are confident that the good men and women of the Bronx will hold Fox accountable for what we believe to be its abhorrent racist conduct reminiscent of the Jim Crow era,” Douglas H. Wigdor and Jeanne Christensen, attorneys for the two women, said in a statement.

In its own statement, a rep for the network responded, “We take complaints of this nature very seriously and took prompt and effective remedial action before Ms. Brown and Ms. Wright sued in court and even before Ms. Wright complained through her lawyer. There is no place for inappropriate verbal remarks like this at Fox News. We are disappointed that this needless litigation has been filed.” The network further said that Brown is still employed by Fox News and that Wright’s reassignment was a lateral move with the same title and salary.

The network could not provide contact information for Slater and attempts to reach her have not been successful. It is unclear if she has retained an attorney in the matter.

The suit alleges a catalog of racially charged remarks and behavior by Slater, sometimes in the presence of other white staffers, including statements made to African American employees like “Why are all black men wife-beaters?” and “How does it feel when black men want the Kardashians instead of you all?”

In another incident, the suit claims Slater responded to a good-night message from Brown who stopped by her office by raising her hands in a “Hands up, don’t shoot” gesture, a slogan associated with the Black Lives Matter movement. In other instance, Wright and Brown allege Slater called them to her office and asked them if they could “beat box” for her.

The suit also claims Slater made disparaging remarks about Wright’s hair, that it was “too much afro,” and referred to the payroll department, whose employees are mostly African American, as the “urban” or “Southern” payroll department.

Also Read: Fox News Dragged for Claiming Trump 'Spent Weekend' at White House - When He Was at Golf Course

Slater was also accused of demeaning and mocking several African-American employees for their pronunciation of words like “mother,” “father,” “month,” and “ask.” According to an individual familiar with the investigation, she said the employee’s “people” — “blacks” — say “muva,” “fava,” “monf,” and “axe.”

In another instance, she wrote down these words and asked the African-American employees to say them aloud in a public meeting, according to a suit and the individual familiar with the network’s investigation.

Slater also voiced her fear of being robbed by African Americans while traveling to Brooklyn or north of 90th Street in Manhattan, the suit claims, adding that she insisted on locking the car doors and avoiding eye contact with people in Brooklyn when dropping off an employee in the borough and told Brown, “They will see me and say look at this ‘whitey,’ … she probably has some money, let’s rob her.”

In addition, the suit names four other African Americans previously employed by Fox News that it claims left the company or were forced to leave because of racially discriminatory behavior by Fox News executives.

The suit was filed the same day that Fox News host Bill O’Reilly made a racially charged joke about U.S. Rep. Maxine Waters, who is African American, commenting on “Fox & Friends” that he “didn’t hear a word” of her recent speech on the House floor against President Trump because of her “James Brown wig.” He later apologized for the “dumb” “jest.”

The action also follows the very public ouster of former Fox News CEO and founder Roger Ailes, who was arguably the most powerful man in media until on-air host Gretchen Carlson accused him of sexual harassment and numerous women came forward with similar claims. He resigned last summer and Fox News settled with Carlson and publicly apologized.