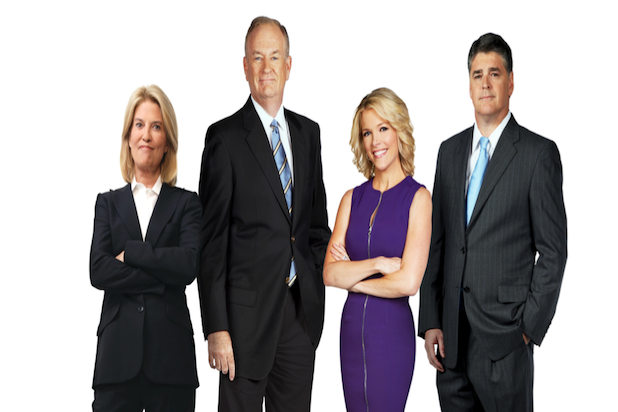 Fox News Channel finished first in both primetime and total-day viewers among all basic cable networks for the week of Feb. 15-21. FNC has now topped basic cable in five consecutive weeks.

This is Fox News’ first five-week win streak in 13 years, dating back to the coverage of the Iraq war in 2003. Five weeks at No. 1 in both total day and prime ties the network’s all-time record of consecutive weekly victories.

USA, AMC, HGTV and TBS join Fox News among the Top 5 cable networks in primetime. Nickelodeon, Adult Swim HGTV and USA join FNC to round out the Top 5 among total day.

Fox News averaged 2.2 million viewers in primetime, powered by the record-breaking South Carolina primary coverage and the Nevada Caucuses. FNC’s “America’s Election Headquarters,” anchored by Bret Baier and Megyn Kelly, set a record with 3.3 million viewers — the highest ever for the S.C.’s primary.