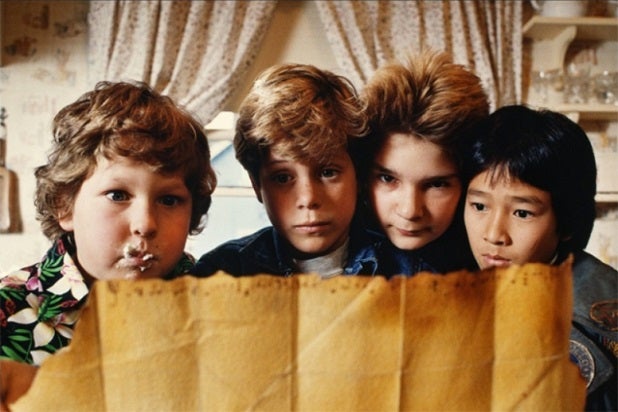 Fox still intends to shoot all six of the pilots it ordered this cycle ahead of the pandemic-forced production shutdowns and delays that hit the U.S. in mid-March, the network announced Thursday.

The broadcaster says it’s extended the options for all the projects, including single-camera comedies “Pivoting” and “This Country,” as well as dramas “The Big Leap,” “Blood Relative,” “The Cleaning Lady” and an untitled drama that follows kids attempting to make a shot-for-shot remake of Steven Spielberg’s “The Goonies.” However, there is currently no timeline set to begin production on the pilots amid COVID-19.

If ordered to series, these six pilots — which are all co-productions between Fox Entertainment and their respective studios — would join a lineup of new shows at Fox that includes Mayim Bialik-led comedy “Call Me Kat,” Nick Offerman and Jenny Slate’s animated series “The Great North,” and “Housebroken,” another adult cartoon, this one starring Lisa Kudrow, which are all set to debut at midseason.

Apart from these projects, Fox still intends to order pilots and series off-cycle, with Karin Gist and Lee Daniels’ drama “Our Kind of People” and an untitled country music dynasty drama from Melissa London Hilfers considered two of the most promising potential series in development at the network, an individual with knowledge of the situation tells TheWrap.

“Fox established its brand – of programming and business – around the notion of boldness, nimble action and the ability to zig when others zag,” Fox Entertainment CEO Charlie Collier said in a statement. “I always admired Fox’s willingness to invest at times others did not see opportunity. We are not dropping pilots at this time because we entered this process deliberately, believed in these artists and partners before the COVID-19 crisis and we continue to believe in them today.”

Michael Thorn, president of entertainment at Fox Entertainment, added: “Entering Fox Entertainment’s first development season as a new company, our methodology was to carefully curate our content more like a start-up; looking for new opportunities, new stories and new voices in ways perhaps others might not be able. As such, narrowing down these projects to only those that met our standards from the beginning, we still believe this crop of pilots – all from some of the finest writers, producers and talent in the business — really represents what Fox is trying to accomplish both in ‘pilot season’ but, more importantly, for our year-round ambitions.”

Readers can find descriptions for Fox’s pilots below, each in the network’s own words, and Fox’s fall schedule here.

THE BIG LEAP
Studios: 20th Century Fox Television, FOX Entertainment
Format: One-hour drama
Commitment: Pilot order
EP/W: Liz Heldens
EP/D: Jason Winer
EP/NW: Sue Naegle
Logline: Inspired by a UK format, THE BIG LEAP is a funny and contemporary tale about second chances, chasing your dreams and taking back what’s yours. The show centers on a group of diverse underdogs from all different walks of life who compete to be part of a competition reality series that is putting on a modern, hip remake of “Swan Lake.” What they lack in the traditional dancer body type, they make up for with their edge, wit and desire to reimagine an iconic story to fit their own mold. THE BIG LEAP takes us on a journey of self-acceptance, body-positivity and empowerment at any age.
Cast:
Teri Polo – Julia Torrence
Scott Foley – Nick Smart
Ser’Darius Blain — Reggie Sadler
Ray Cham – Justin Reyes
Jon Rudnitsky – Mike Devries
Simone Recasner – Gabby Taylor

THE CLEANING LADY
Studios: Warner Bros Television, Fox Entertainment
Format: One-hour drama
Commitment: Pilot order
EP/W: Miranda Kwok
EP/Showrunner: Melissa Carter
EP/D: Michael Offer
EP/NW: Shay Mitchell (Amore & Vita Productions, Inc.)
Based upon the original Argentine series
Logline: THE CLEANING LADY is a darkly aspirational character drama about a whip-smart doctor who comes to the U.S. for a medical treatment to save her ailing son. But when the system fails and pushes her into hiding, she refuses to be beaten down and marginalized. Instead, she becomes a cleaning lady for the mob and starts playing the game by her own rules…
Cast:
Elodie Yung – Reyna Salonga
Adan Canto – Arman Morales
Vincent Piazza – Gavin Ross
Ginger Gonzaga – Fiona Salonga

UNTITLED FILM RE-ENACTMENT PROJECT
Studios: Warner Bros. Television, Fox Entertainment, Amblin TV
Format: One-hour drama
Commitment: Pilot order
EP/W: Sarah Watson
EP/D: Greg Mottola
EP/NW: Gail Berman, Lauren Shuler Donner, Richard Donner, Justin Falvey, Darryl Frank
Logline: After failing to make it in New York and carrying a heavy secret with her, Stella Cooper returns to her distressed automotive hometown to substitute teach. She finds inspiration, hope, and ultimately salvation when she agrees to help three students who are pursuing their filmmaking dreams by putting on an impossibly ambitious shot-for-shot remake of one of the student’s favorite movies… “The Goonies.” Over the course of the season, their passion will inspire a town in desperate need of hope in this love letter to the power of cinema, storytelling, and dreams.
Cast:
Ramon Rodriguez — James “Jax” Jackson

Here’s when 76 broadcast, cable and streaming series debut and come back