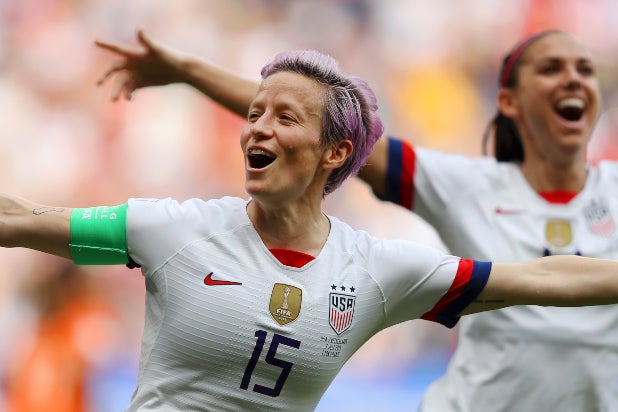 The company posted an adjusted diluted earnings per share (EPS) of $0.62 and $2.51 billion in revenue for the three-month period ending in June. Wall Street had forecast earnings of $0.59 EPS and $2.47 billion in revenue, per a Yahoo Finance compilation of media analysts. During its fiscal third quarter, the first since registering as a standalone company following the Disney sale, Fox posted an EPS of $0.76 and $2.75 billion in revenue.

However, some of that revenue growth was offset by a 6% decline in advertising revenue due to fewer FIFA Women’s World Cup matches compared to last summer’s men’s tournament, and lower political revenues.

“The strategic rationale for the formation of Fox Corporation, with our unique set of assets, is underscored by our strong Fiscal 2019 operational and financial results that include top-line growth across our operating segments and key revenue categories. We are strongly positioned as we enter our first full fiscal year, during which we will broadcast Super Bowl LIV, become the home of WWE’s Smackdown LIVE, and further our digital growth, all while continuing to deliver the compelling news, sports and entertainment content that our audiences have come to expect from Fox,” Fox Corp CEO Lachlan Murdoch said.

During a conference call with analysts to discuss the quarterly results, Murdoch spoke briefly about their investment with Credible Labs, an online marketplace for consumer-lending information. He said that the audience for Credible “correlates incredibly highly” with their news audience, both on Fox News, Fox Business and local TV stations. “When we saw Credible, and we could see that combining their service with our audience and digital platforms, first with Fox Business and later with other news platforms, we see a tremendous audience going forward.”

Fox’s earnings came on the same day of Fox Entertainment’s day at the Television Critics Association press tour. The network announced that its upcoming broadcast of the Primetime Emmys in September would follow the Oscars’ lead and go hostless, while Fox Entertainment CEO Charlie Collier confirmed that Jussie Smollett is indeed not returning to “Empire.” Fox also signed its first talent deal as a standalone company with “Criminal Minds” and “Teen Wolf” creator Jeff Davis. Sony Pictures TV vet Amy Carney is also coming aboard as COO.