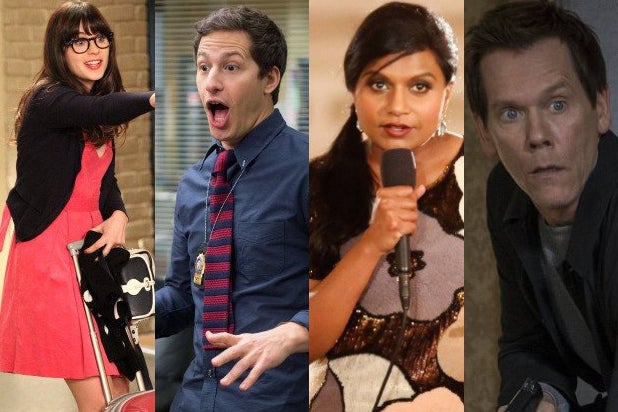 “These shows are some of the best and acclaimed series on television, with influential, culture-driving stars, and some of the best, most creative talent behind the camera,” Kevin Reilly, chairman of Entertainment, and Joe Earley, chief operating officer, Fox Broadcasting Company, said in a statement. “All four are core assets within our 2014-15 portfolio of content, and we’re really happy to bring them back to our Fox fans for another season.”

Next year will be the second season for “Brooklyn,” the third for “Mindy” and “The Following,” and the fourth for “New Girl.”

As previously announced, “Glee” has been renewed for its sixth season, “Bones” was picked up for its tenth, and “Sleepy Hollow” will return for a second season.