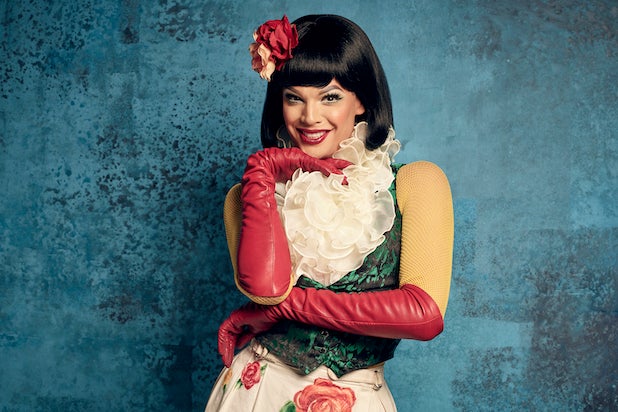 As a “RuPaul’s Drag Race” star, Valentina is no stranger to intricate costume changes. Of course, Valentina has never had to go from street clothes to full-on drag in four minutes — until now.

Valentina is playing Angel, a street performer and drag queen in the ’90s, on Fox’s telecast of “Rent” tonight. And with that fan-favorite role from the Tony Award- and Pulitzer Prize-winning Broadway musical comes the great responsibility of going back and forth between two versions of the character, while accounting for the fact its a live broadcast. Because there are definitely not 525,600 minutes between commercial breaks.

“As Angel, I have many, many costume changes, gender changes, makeup changes, health changes. (laughs),” Valentina said during a Q&A with the cast and producers last week in Los Angeles. “And so I go on this journey of just transforming throughout the show.”

“And it’s been very exciting to work with the wardrobe team and the makeup team to develop an Angel that is relevant and appeared accurate to the ’90s — but with the budget from Fox,” the star joked.

Valentina noted that the production has secured Angela Wendt, “the original costumer who created the very first Angel,” to work on Fox’s version.

“So we’re definitely keeping things like the zebra tights and just keeping the heart in Angel’s costumes,” Valentina said. “And the quick changes are definitely a lot of pressure. Just imagine going from boy Angel, drummer on the street, to full-on drag woman-a woman-a woman-a, ‘Dora the Explorer’ wig, in four minutes. It’s like, a commercial break and one song and ‘Mary, pull the zipper real quick, girl.'”