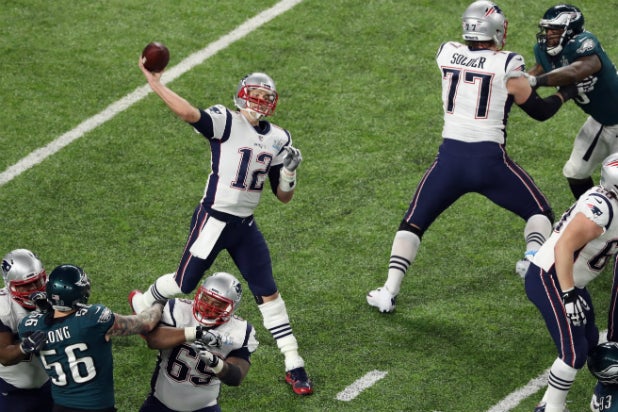 21st Century Fox reported after market hours on Wednesday that profits for the 2018 third quarter were below Wall Street’s expectations.

The media company, which has entered an agreement to sell the majority of its entertainment assets to Disney, reported per-share earnings of 46 cents for the third quarter, compared with with 44 cents during the same quarter a year ago. That was below analysts’ expectations for earnings of 54 cents per share, according to estimates gathered by Yahoo Finance.

Revenue for the quarter was $7.42 billion, a decline from last year’s $7.56 billion, but only slightly above analysts’ average $7.41 billion forecast.

Fox said the lack of Super Bowl advertising revenue was one reason overall revenues were down year-over-year.

“We continue to make operational and financial progress against near-term objectives as we also work to close our strategic transactions. Our cable segment delivered its highest earnings ever in our fiscal third quarter, propelled by sustained double-digit gains in domestic affiliate revenues. Creatively, we are firing on all cylinders,” executive chairmen Rupert and Lachlan Murdoch said in a statement. “Our stand-out programming continues to drive up the value of our video brands to distributors, as well as build our direct relationship with consumers, as we’re demonstrating with the successful inaugural season of Indian Premiere League on STAR Sports and Hotstar platforms.

“Our film studio delivered boxoffice and awards momentum that we expect to continue with the upcoming release of Deadpool 2,” they continued.

Fox’s cable network revenue rose to $4.42 billion in the quarter, up from $4.02 billion during the same quarter last year. Revenue for the filmed entertainment segment, which includes the movie studio, fell slightly to $2.24 billion from $2.26 billion. The TV division also saw revenue decline to $1.15 billion from $1.69 billion.

Shares of Fox were volatile in after-hours trade after the company reported earnings for the quarter.

Lachlan Murdoch began the company’s quarterly conference call with analysts and investors by declining to comment about media reports suggesting that Comcast might consider trying to outbid Disney for Fox’s entertainment assets.

He also said that anyone with questions regarding the $52.4 billion proposed Disney acquisition should just take a look at the joint filing Fox submitted with Disney to the Securities and Exchange Commission.

“That should answer any questions people have,” Lachlan Murdoch said during the call. “We remain committed to our agreement with Disney.”

Fox management skirted the majority of questions regarding the deal during the question and answer portion of the call, but said they plan to offer more color around the deal and “New Fox” this fall.

21st Century Fox CEO James Murdoch told participants on the call that Fox is also still committed to acquiring the 61 percent of U.K. broadcaster Sky it doesn’t own, despite Comcast’s bid last month to buy all of Sky.

Fox has been up against regulatory scrutiny in the U.K., but James Murdoch said the company is confident it will secure regulatory approval in the next month or two.