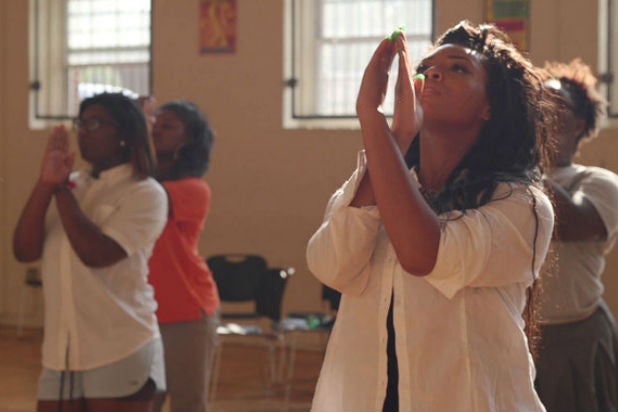 The New York Times has already pegged “Step” as an audience-award frontrunner at this year’s Sundance Film Festival.

Directed by Amanda Lipitz, the documentary follows a girls’ senior-year high school step team in the inner city of Baltimore, Maryland, as they strive to become the first in their families to go to college. It will be released later this year.

“‘Step’ immerses us into the world of a group of young women whom we come to love and admire. Amanda Lipitz shows us their humor, heart, tenacity and joie de vivre through our own laughter and tears. We are excited to share this inspiring experience around the world,” Fox Searchlight Presidents Nancy Utley and Stephen Gilula said in a statement Tuesday.

“This film was made as a tribute to the bravery and conviction of the young women in the film and to the courage they demonstrated in their willingness to share their story. We are thrilled to partner with Fox Searchlight on the release of the film throughout the world and are very grateful for their enthusiasm and passion. We hope that the heroes of ‘Step’ will inspire girls everywhere to do what they have done, which is to prove that nothing is impossible when you surround yourself with a group of powerful women,” Lipitz added.

On top of acquring the documentary for distribution, Fox Searchlight also bought the remake rights as well.

The film follows the girls’ dancing success against the backdrop of social unrest in their troubled city and depicts moments of hope as they travel a tough road.

And tough it is, Lipitz told TheWrap in an interview from Park City, Utah. “Every single girl on the team has gone through not having food, not having electricity,” the filmmaker explained, describing the bleakness of poverty the entire team has experienced. “That is a reality of the United States of America,” she said.

The director described a misconception people have about the dance team “because they present themselves so well.” But make no mistake about the struggles they face behind the scenes, she said. “That is the reality of inner cities.”