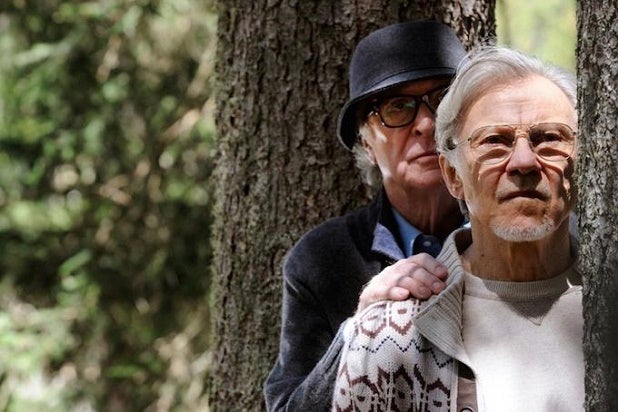 Fox Searchlight presidents Stephen Gilula and Nancy Utley made the announcement Wednesday, prior to the film’s premiere in competition at the Cannes Film Festival.

Also Read: The Scene at Cannes 2015: Red Carpet Premieres and Beyond (Photos)

“I’m delighted and proud that Fox Searchlight has acquired my new film ‘Youth.’ As a movie lover, I have always appreciated Fox Searchlight’s choices which have given us the opportunity to see beautiful and unforgettable films,” said Sorrentino.

“This time, as the auteur, I am honored with the faith they have placed in me and the film.”

The film follows longtime two friends vacationing in the Swiss Alps. Caine plays Fred, an acclaimed composer and conductor, who brings along his daughter (Weisz) and best friend Mick (Keitel), a renowned filmmaker.  The two men reflect on their past, each finding that some of the most important experiences can come later in life.

“Paolo’s masterful film projects an extraordinary wisdom and grace,” said Utley and Gilula. “Anchored by Michael Caine‘s emotionally riveting performance and buoyed by an exceptional supporting cast, ‘Youth’ is, simply put, a film about life and living told in the most cinematic of terms.”

The deal was brokered by Fox Searchlight’s sr. vice-president of acquisitions  and co-productions Ray Strache and executive v.p. of business affairs Megan O’Brien with Muriel Sauzay, Pathe’s executive v.p. for international sales, who represented the film.