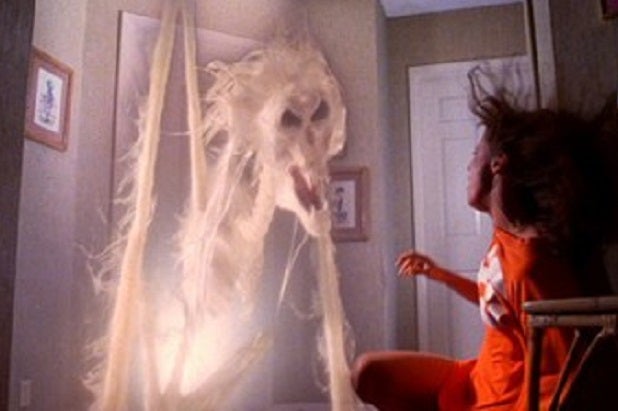 Fox will release “Poltergeist,” its reboot of the classic horror film, on Friday, Feb. 13, 2015, the studio said Tuesday.

It seems an ideal date for a PG-rated chiller – a Friday the 13th on Valentine’s Day weekend — but it will have to go against Universal’s “50 Shades of Grey,” which is already set to debut that weekend. Paramount is rolling out the animated “Spongebob Squarepants 2” on that weekend, too.

The studio originally had “The Longest Ride” on that date, but “Poltergeist” should be a better counter to “50 Shades,” so it pushed the romantic tale based on a Nicholas Sparks bestseller to April 3, the Easter weekend. It will go against “Insidious 3” and the sci-film “Passengers” on that date.

Sam Raimi will produce and Gil Kenan will direct “Poltergeist,” a remake of the 1982 film directed by Tobe Hooper and produced by Steven Spielberg. Sam Rockwell, Rosemarie DeWitt and Jared Harris will star in the new film from MGM and Fox 2000.

Director Shawn Levy and star Ben Stiller return for the comedy “Night at the Museum 3.” It will face some real competition from “The Hobbit: There and Back,” the finale of Peter Jackson’s trilogy, and Sony’s “Annie” remake, starring Quvenzhane Wallis.