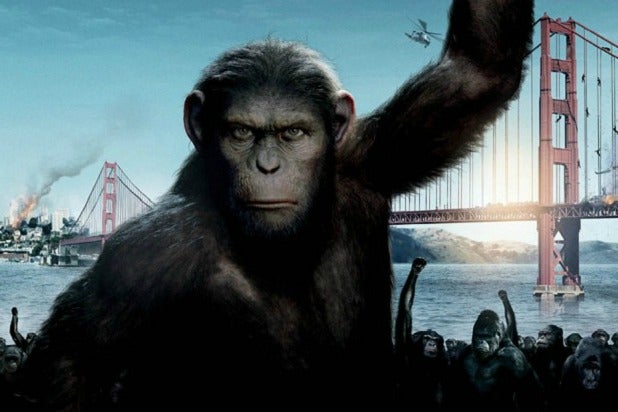 Fox shifted on Tuesday the release date for “Dawn of the Planet of the Apes” up a week, to  July 11, 2014, the same date that “Fast and Furious 7” is currently scheduled to open.

The summer 2014 corridor is crowded, and the move will give the sci-fi adventure an extra week to play before Paramount’s “Hercules” and Warner Bros.’ “Jupiter Ascending” open on July 25.

“Fast and Furious 7” is almost certain to move off that date. Universal has suspended filming in the wake of the death of franchise star Paul Walker.

Gary Oldman, Keri Russell and Andy Serkis star in “Dawn of the Planet of the Apes,” which is directed by Matt Reeves (“Let Me In”) and produced by Peter Chernin, Dylan Clark, Rick Jaffa and Amanda Silver.

It’s a follow-up to the studio’s “Rise of the Planet of the Apes,” which starred James Franco and took in $176 million domestically and $481 million worldwide for Fox in 2011.