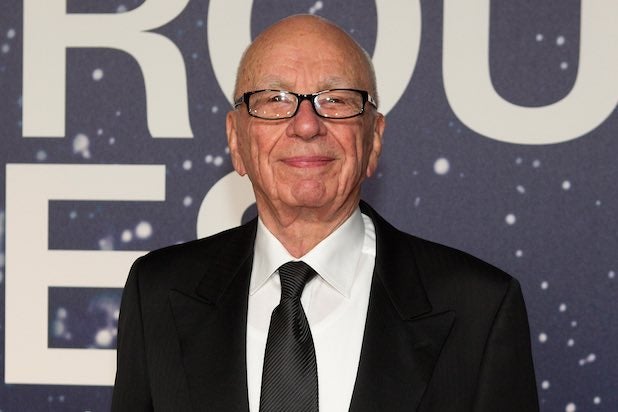 Not so fast, Fox. The American company’s attempted takeover of British broadcaster Sky will now have to wait for the findings of a 6-month regulatory investigation.

“I have the power to make a reference if I believe there is a risk — which is not purely fanciful — that the merger might operate against the specified public interests,” U.K. Culture Secretary Karen Bradley said Tuesday in front of Parliament, per the BBC.

Basically, Bradley is concerned that Rupert Murdoch owning 61 percent of Sky could give him too much sway overseas. Currently, his 21st Century Fox owns 39 percent of the company — but it wants way more.

Bradley’s decision on whether to refer the deal to the Competition and Markets Authority had been delayed several times. Now the whole $15 billion dollar deal will face its own (latest) delay.

Later on Tuesday, Fox said it was “disappointed” and “surprised” by the decision to refer. The company urged Bradley to come to a decision on her own — and, you know, preferably in its favor.

“We anticipate that the transaction will close by June 30, 2018,” Fox concluded its statement.

Here’s a snapshot from the London Stock Exchange trading day: 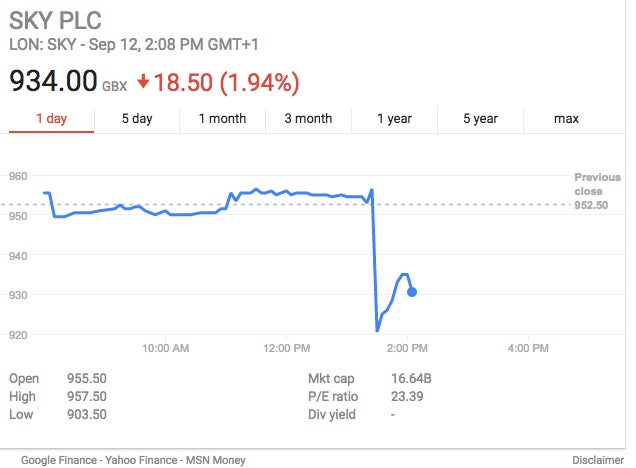