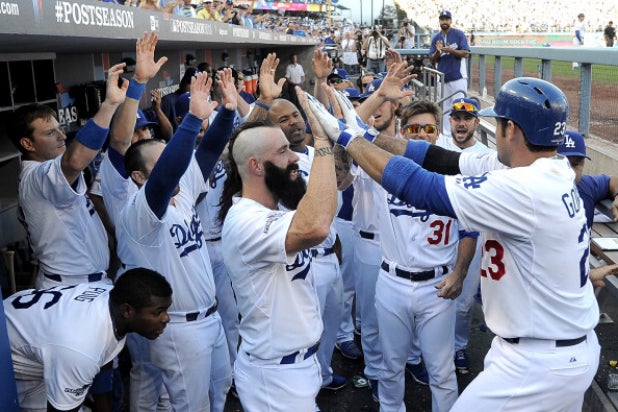 As Fox Sports 1 gears up for its first nationally televised baseball game of the season on Wednesday night, the network’s mobile app Fox Sports Go is taking advantage of changing consumer habits — but employers might not love the concept.

As it turns out, the average Fox Sports Go user spends more time on the app when watching a day game, as opposed to a night game.

Fox Sports senior vice president Clark Pierce told TheWrap the ability to stream local games is a service to fans, but admitted it could be a disservice to employers because most people use the app at work.

“There are a lot of day games. Especially during the work week,” Pierce told TheWrap. “You have a fair amount of day games on Wednesday and Thursdays… that is work primetime.”

Fox Sports Go is free and will allow fans to stream over 2,060 regular-season MLB games during the 2017 season. This includes regional games televised on a variety of local Fox Sports stations across the country. Another 72 regular-season games will be available to stream on the app when Fox broadcasting or FS1 airs a nationally televised game. Many of these games are during office hours.

MLB has a competing product, MLB.TV Premium, that streams the majority of out-of-market games for $112.99 per season – but blacks out local games that are streamed by Fox Sports Go.

Though apps like this allow fans to access games wherever they are, Pierce believes that sports remain “appointment TV,” because the results of any live game will typically be spoiled if a fan attempts to record it for later viewing.

That’s likely why Fox’s internal research indicates that Fox Sports Go is used to stream baseball during the first three innings more than any other part of the average game. Typically, that means the afternoon when most people don’t have access to a television. According to Pierce, TV ratings tend to go up later in the contest.