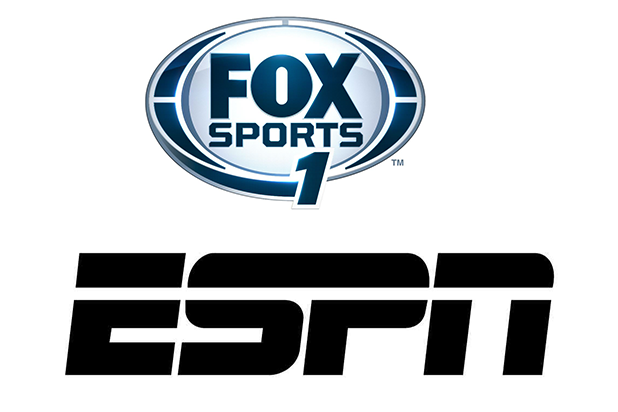 “The Worldwide Leader in Sports” sent a press release this week noting that its viewership is up 11 percent in the advertiser-coveted demographic since Aug. 17. Why that specific date? That’s the day Fox Sports 1 launched (though ESPN didn’t mention them).

Also read: NFL: We Did Not Pressure ESPN to Remove Branding from ‘League of Denial’ Doc

For their part, ESPN has avoided the competition subject — perhaps to not dignify their new rivals — but they play it off well.

“As we’ve said all along, we’ve had competition before and we’ll have competition again,” Mark Gross, senior vice president and executive producer, Production told TheWrap. “We control and focus on what we do and let others worry about themselves.”

Since Fox Sports 1 launched, ESPN has benefited from a few must-see games, including an Aug. 18 “Sunday Night Baseball” match-up between the New York Yankees and Boston Red Sox that was the highest-rated of the season. In primetime, the network has enjoyed even stronger growth during Fox Sports 1’s infancy, rising 20 percent year-over-year.

Fox Sports 1, predictably, is well up over its predecessor, Speed. Its audience is also younger than Speed’s (45 as opposed to 52), more affluent ($60,400 median household income vs. $54,000) and better educated (for whatever that’s worth).

Whether ESPN is truly unconcerned with Fox Sports 1 (beyond the evidenced press release) is not dampening the spirits of the new network.

Also read: Is ESPN Dropping the Ball by Using the Term ‘Redskins’ on ‘MNF?’

Fox Sports 1’s current plan is built around the 18-34 demographic, broadening that over the long haul. But still, so far, so good as FS1 has been hanging close with Worldwide Leader’s little brother, ESPN2, and regularly beating NBC Sports — and that’s without even their best stuff, says Mulvihill.

Just a month and change into its existence, Fox Sports 1 has got time.

“You just try to internally and externally preach patience and really make sure that everybody understands that it is only one month, a lot of our most important properties (Major League Baseball playoffs, Big East college sports) haven’t even come on yet,” Mulvihill said.