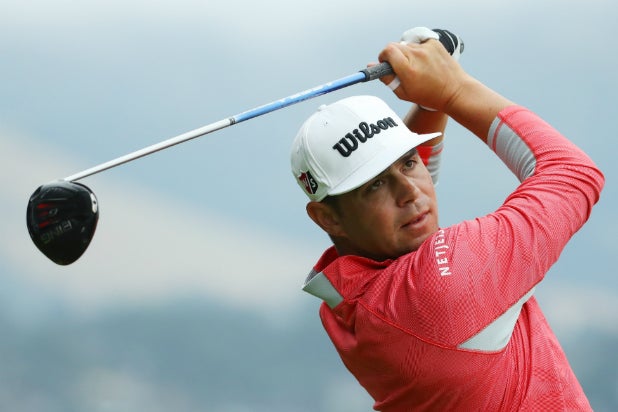 Fox’s hand was kind of forced here by the U.S. Open being delayed until September because of the coronavirus pandemic. That’s when Fox hopes to be airing NFL, college football and Major League Baseball games. Fox’s deal with the USGA was set to go through 2026. Along with the U.S. Open, Fox’s rights also included the U.S. Women’s Open and the Senior Tour.

The move gives NBC rights to two of Golf’s major tournaments, having had the British Open since 2017. The British Open, dubbed The Open Championship, was canceled outright this year because of the pandemic. NBC had previously aired the U.S. Open from 1995-2004. The U.S. Open is scheduled for Sept. 17-20.

“We are thrilled to acquire the remainder of Fox Sports’ USGA agreement, and will carry the designated USGA events, including the U.S. Open, through 2026,” said Pete Bevacqua, president of NBC Sports Group. ”Adding these prestigious USGA events to our already incredibly deep golf business, led by our long-term PGA Tour partnership, as well as The Open Championship and the Ryder Cup, positions us as absolute leaders in the golf space. This deal is advantageous for all parties, including NBC Sports, Golf Channel, Peacock and the USGA, but also FOX Sports, and we thank them for working with us to complete this transaction. It further solidifies our platforms as the destination for golf viewers and enthusiasts, with NBC, Golf Channel, GOLFNow and GOLFPASS.”

Fox signed a 12-year deal with the USGA in 2013 that was reportedly worth around $1.2 billion, paying out close to $100 million year. While the USGA wouldn’t comment on the numerical amount of the agreement, NBC will pick up the rest of the tab for the remaining seven years.

“Partnering with NBCUniversal, including Golf Channel, gives us an unparalleled opportunity to connect and engage with the core golf audience more directly and routinely, and as a nonprofit, to continue to have a significant and lasting impact on the game,” said Mike Davis, CEO of the USGA. “In addition to moving our media rights to NBCUniversal, we are also excited by the opportunities that will come from extensive coverage on NBC’s Peacock platform.”

“Fox Sports has cherished its time as home to the USGA championships for the past six years. This is a relationship and partnership that has been second to none,” said Eric Shanks, CEO and executive producer of Fox Sports. “Recent events calling for the shift of the U.S. Open created scheduling challenges that were difficult to overcome. While we are proud of the success we’ve built over these years, this is a win for golf fans everywhere, a win for the USGA and a win for Fox and NBC Sports.”