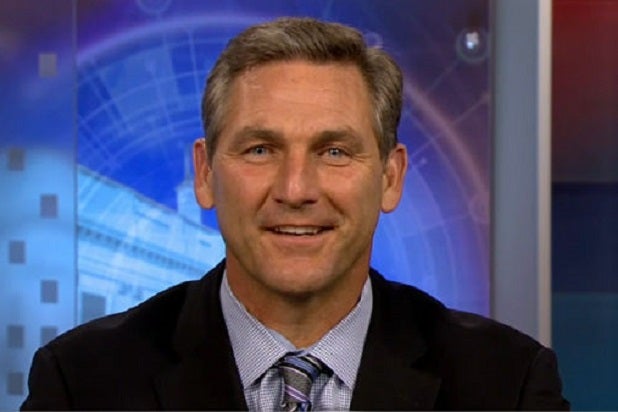 Updated, 2:47 p.m. Monday: Fox Sports has issued a statement saying that its parting of ways with James has “nothing to do” with James’ religious beliefs. Read Fox Sports’ full statement below.

“As we have previously stated, Craig James is a polarizing figure in the college sports community and the decision not to use him in our college football coverage was based on the perception that he abused a previous on-air position to further a personal agenda.  The decision had nothing to do with Mr. James’ religious beliefs and we did not discriminate against Mr. James in any way.  The allegations are baseless and we will vigorously defend ourselves against them.”

Fox Sports might want to say its prayers over a new lawsuit filed by former employee Craig James.

James, a one-time college and pro football player who very briefly worked as an analyst for Fox Sports Southwest, has filed a lawsuit against Fox Sports, claiming that the company discriminated against his religion by firing him for comments he made about gay marriage.

In the lawsuit, filed in Texas on Monday, Craig — whose football career includes a stint with the New England Patriots — says he was hired as a sportscaster by Fox Sports, only to be quickly terminated for comments he made about gay marriage 18 months before his hiring, when he was running for a U.S. Senate seat in Texas.

James is asking for monetary relief “of $100,000 or more, declaratory relief, punitive/exemplary damages and attorney’s fees.”

The lawsuit claims Fox Sports hired James in August 2013 to provide analysis on Fox Sports Southwest’s postgame college sports show, only to quickly let him go. According to the suit, Fox Sports executives admitted under oath that “James’ performance was irrelevant to his termination.”

Instead, James contends, he was let go for expressing his faith-based view on same-sex marriage while campaigning for Senate. Specifically, the lawsuit claims, James said, “I’m a guy that believes in a man and woman … Adam and Eve — and what the Bible says.”

“Fox Sports circulated an article about James that stereotypes him based upon his Christian beliefs,” the lawsuit reads. “It assumes James must be motivated by antipathy, but James harbors goodwill towards all people, regardless of sexuality, and hopes that they will come to know the same love that he has, through Christ.”

James claims that after Fox Sports parted ways with him, “even longtime associates suddenly refused to return a simple phone call” and that random strangers “began harassing James at public events and following him” to the point at which he feared for his security.

On top of it all, James claims, he’s been unable to find a position in televised sports broadcasting at any level, despite his experience in the field even before he signed on with Fox Sports.

This is not James’ first publicized row. In 2010 his complaints about then-Texas Tech football coach Mike Leach eventually resulted in Leach’s termination while James’ son Adam was a member of the team. James claimed at the time that Leach remanded Adam to an unlit shed during several practices. The resultant flap prompted ESPN, then James’ employer, to replace him as analyst for the 2010 Alamo Bowl, featuring Texas Tech.