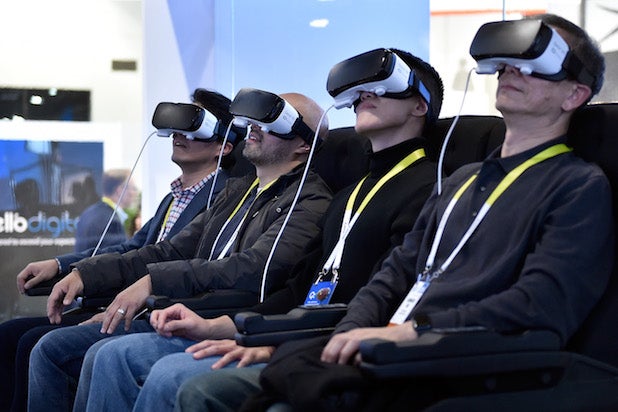 Fox Sports has struck a five-year partnership with virtual reality NextVR to broadcast live events like the Daytona 500 in the immersive format.

The two companies experimented with a VR sports broadcast last month by presenting Premier Boxing Champions matches in virtual reality, which lets viewers feel like they’re in the middle of an event by watching a 360-degree video via special headsets.

Virtual reality has its best shot yet at mainstream appeal this year. A slew of headsets is hitting the market from giants like Samsung and Facebook’s Oculus, potentially solving one of VRs biggest problems: For all its hype, very few people can actually check it out.

Sunday’s Daytona 500 broadcast, the first event in the new partnership, will position a live VR stream at the starting line, in the middle of the infield and amid crews as they change tires on pit row. The VR broadcast will include audio commentary and graphics highlighting the race leaders.

The companies tested live virtual reality broadcasts in 2015 at the Auto Club 400 NASCAR race in Fontana, California, and the U.S. Open Golf Championship from Chambers Bay in University Place, Washington.

“Virtual reality is the next great frontier in immersive experiences for fans across a wide variety of sports. It’s a rapidly changing technology, and this deal with NextVR positions us to be on the front lines for years to come,” Eric Shanks, operating chief and executive producer at Fox Sports, said in a statement.

The broadcasts will be available on the NextVR portal, within a dedicated FOX Sports section, for Samsung’s Gear VR headset.