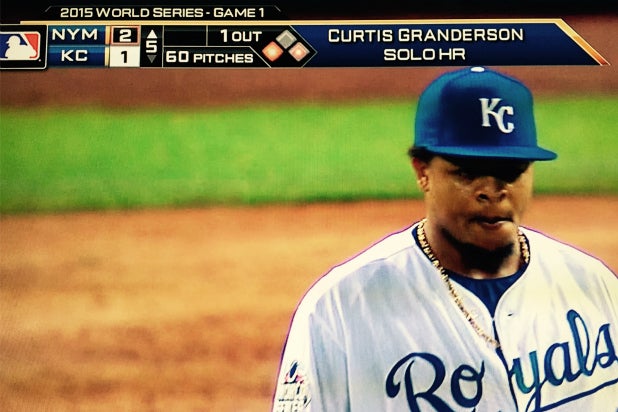 Fox Sports has decided not to report during Tuesday night’s broadcast of Game 1 of the World Series on the unconfirmed death of Kansas City Royals pitcher Edinson Volquez’s father, according to Fox reporter Ken Rosenthal.

“Broadcast generally on in clubhouse. Conflicting reports on whether Volquez knows. We are not taking chance he would find out through us,” Rosenthal tweeted.

Volquez was the Royals starting pitcher Tuesday night, and was still inas reports began to emerge of his father’s death. The Associated Press, citing “a person familiar with the situation,” reported that Danio Volquez died in his native Dominican Republic as his son was warming up in the Kansas City bullpen prior to ‘s start.

Media reports provided conflicting information as to whether the pitcher was aware of reports of his father’s death. ESPN’s Enrique Rojas reported that the younger Volquez learned of the news on his way to the ballpark Tuesday. But Kansas City Star reporter Vahe Gregorian tweeted that the Royals could not confirm news of Volquez’s father’s death, and that the player had no knowledge of media reports.

The Royals face the New York Mets in Game 1 of the series Tuesday night in Kansas City.

Royals say can’t confirm death of Volquez’s father, say Volquez has no knowledge of it as ESPN reports he learned of it on way to park.

Fox Sports is aware of the news about the death of Edinson Volquez’s father but do not plan to report it on broadcast while he is in game. — Ken Rosenthal (@Ken_Rosenthal) October 28, 2015

Broadcast generally on in clubhouse. Conflicting reports on whether Volquez knows. We are not taking chance he would find out through us.