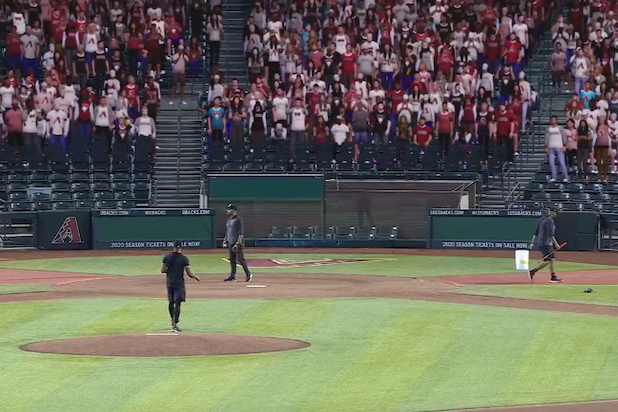 Here is the Fox Sports statement: “As Fox Sports embarks on its 25th season of MLB on Fox this Saturday, the network sets another milestone with the debut of its latest broadcasting innovation – introducing “virtual fans” to its live Major League Baseball broadcasts. Utilizing cutting-edge Pixatope software, the network teams with Silver Spoon Animation and SMT to deliver an elevated viewing experience to sports fans around the nation.”

Watch a video of the technology in place below.

Also Read: Remote Studio or Life Inside a Bubble: How to Broadcast Sports During a Pandemic

Today is Opening Day for baseball’s revised 60-game schedule. The Washington Nationals finally kick off their title defense against the New York Yankees, followed by the Los Angeles Dodgers playing host to their in-state rival San Francisco Giants. Both of those games will be on ESPN.

Fox’s first MLB games this season will be on Saturday, highlighted by the concluded games of the Nationals-Yankees and Dodgers-Giants opening series. Fox will welcome its first virtual fans to Wrigley Field at 1 p.m. ET when the Chicago Cubs host the Milwaukee Brewers.

Amid a pandemic that has kept fans out of the stadium, the TV networks and the venues themselves have resorted to pumping in artificial crowd noise to make the experience feel somewhat normal. Fox is going the extra mile.