On Wednesday morning, Disney upped its offer to purchase most of 21st Century Fox’s assets. The new offer is $71.3 billion in cash and stock, which is a big increase from the previously accepted $52.4 billion all-stock deal that had yet to be officially consummated.

The huge increase comes in direct response to Comcast’s own offer for Fox: $65 billion, all cash. The latest “superior offer” also led to some pretty strong gains in the value of Fox shares in Wednesday’s pre-market trading.

Also Read: Disney Sweetens Bid for Fox With $71.3 Billion in Cash and Stock

Below is the pre-market trading for all involved stocks. 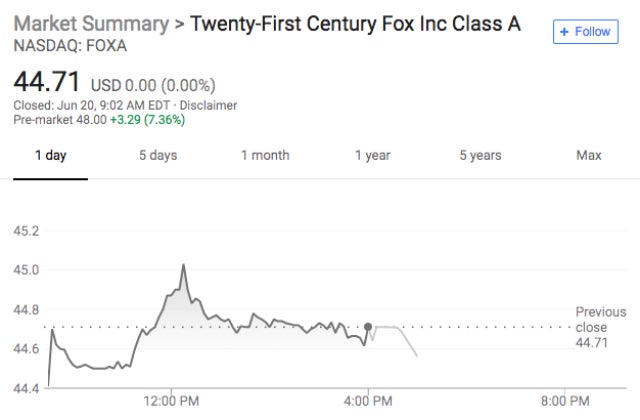 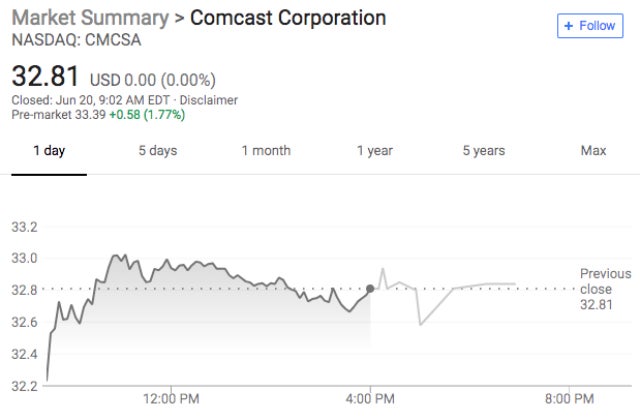 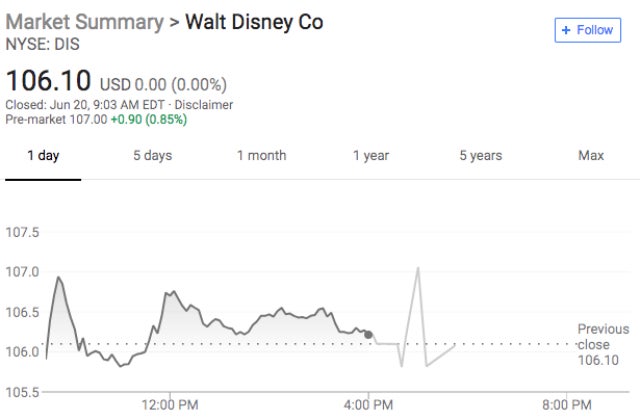 Readers can see from the “Pre-market” lines in our snapshots (the line graphs do not depict the early movement) that FOXA, CMCSA and DIS were all trading up before this morning’s opening bell.

Naturally, Fox shareholders were the biggest winners, as the near-$19 billion increase in asset valuation immediately translated to more than $3 in growth per share, or north of 7 percent.

The chairmen of both companies were just as stoked as Wall Street.

“We are extremely proud of the businesses we have built at 21st Century Fox, and firmly believe that this combination with Disney will unlock even more value for shareholders as the new Disney continues to set the pace at a dynamic time for our industry,” said Rupert Murdoch, executive chairman of 21st Century Fox. “We remain convinced that the combination of 21CF’s iconic assets, brands and franchises with Disney’s will create one of the greatest, most innovative companies in the world.”

“The acquisition of 21st Century Fox will bring significant financial value to the shareholders of both companies, and after six months of integration planning we’re even more enthusiastic and confident in the strategic fit of the assets and the talent at Fox,” said Robert A. Iger, chairman and CEO, The Walt Disney Company. “At a time of dynamic change in the entertainment industry, the combination of Disney’s and Fox’s unparalleled collection of businesses and franchises will allow us to create more appealing high-quality content, expand our direct-to-consumer offerings and international presence, and deliver more personalized and compelling entertainment experiences to meet growing consumer demand around the world.”