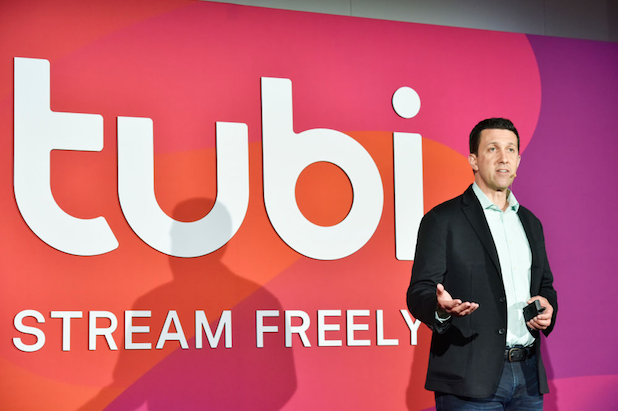 Fox is looking at potentially acquiring Tubi, the ad-supported streaming service, in a deal worth more than $500 million, according to the Wall Street Journal on Friday.

Reps for both Fox and Tubi declined to comment to TheWrap.

Tubi offers a wide selection of free shows and movies; the service, if you head to its homepage currently, highlights “The Last Samurai,” “Daddy Day Care,” and Gordon Ramsay’s “Hell’s Kitchen” among its most popular selections. If a deal is reached, San Francisco-based Tubi could be a potential landing spot for Fox’s content, as well as provide a large audience for it to advertise new shows. In December, Tubi announced it had passed 25 million monthly active viewers.

Fox’s interest in Tubi comes as more entertainment giants have looked towards AVOD services as acquisition targets — even in an age where paid streaming services like Netflix and Disney+ continue to eat away at the old ad-supported TV business.

Last year, ViacomCBS bought Pluto TV, a similar AVOD service to Tubi, for $340 million. And in December, WSJ reported Comcast was looking at a deal to buy Xumo, a service that offers 10,000 free movies and shows, as well 190 channels, including Fox Sports, ABC News, and channels dedicated to series like “Family Feud” and “Forensic Files.”

One reason these companies are in demand could be the fact the AVOD market is growing exponentially. Ad-revenue hit $3.8 billion last year, according to Magna Global estimates, marking a 39% increase from 2018, and in 2020, the industry is expected to increase another 31% to hit $5 billion in sales. It’s worth pointing out that’s still well short of the $70 billion advertisers spend on old school TV ads each year.

But in an interview with TheWrap last month, Xumo CEO Colin Petrie-Norris explained why he thinks AVOD services are drawing more viewers, even as major SVOD companies continue to grab more subscribers.

“There is an infusion of new [paid] streaming services, and many customers are asking if paying for 4 services — Disney+, Amazon, Netflix, Quibi — is for them. There’s this question of, ‘what is the right number of services?’ And the gateway to adding more paid services is getting higher,” Petrie-Norris said. “Adding the first 1,2 or 3 is fine, but on the 4th, consumers — I believe — are asking questions. Contrast that with AVOD, where I don’t even need to give you an email address to sign up for Xumo. If you stay or come back, it’s purely on the basis of the quality of the content and the value we’ve created for you. We’re asking you to watch some ads, but we’re providing great content.”