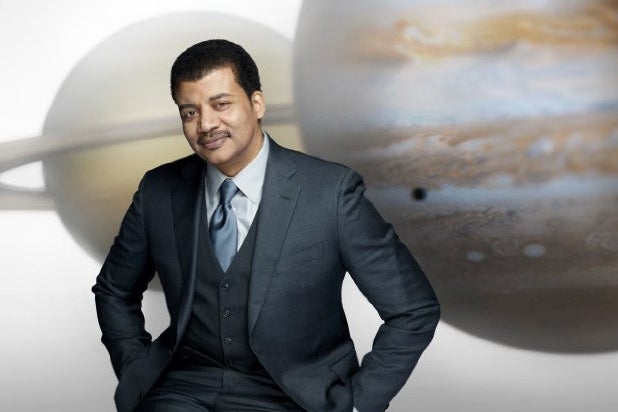 The debut of Fox’s upcoming “Cosmos: A Spacetime Odyssey” will premiere simultaneously across 10 U.S. networks on Sunday, March 9 at 9 p.m.

“‘Cosmos’ is the kind of rich, epic storytelling that we hope will not only be phenomenal entertainment, but also ignite curiosity and move a generation to take a deeper interest in science and the larger world from which we come,” Peter Rice, chairman and chief executive officer, Fox Networks Group, said in a statement. “The entire team behind ‘Cosmos’ [has] created one of the most incredible experiences ever imagined for television, and we’re supporting it with the biggest launch we’ve ever orchestrated at Fox Networks Group.”

After the cross-network premiere event, “Cosmos” will continue its 13-episode run, airing Sundays on Fox, and Mondays — with bonus footage and behind-the-scenes content — on the National Geographic Channel.

More than three decades after the debut of “Cosmos: A Personal Voyage,” Carl Sagan’s scientific exploration of the universe, Seth MacFarlane has teamed with Sagan’s original creative collaborators — writer/executive producer Ann Druyan and co-writer, astronomer Steven Soter — to revive the series. “Cosmos: A Spacetime Odyssey,” which tells the tale of how we discovered the laws of nature and found our coordinates in space and time, is hosted by astrophysicist Dr. Neil deGrasse Tyson.