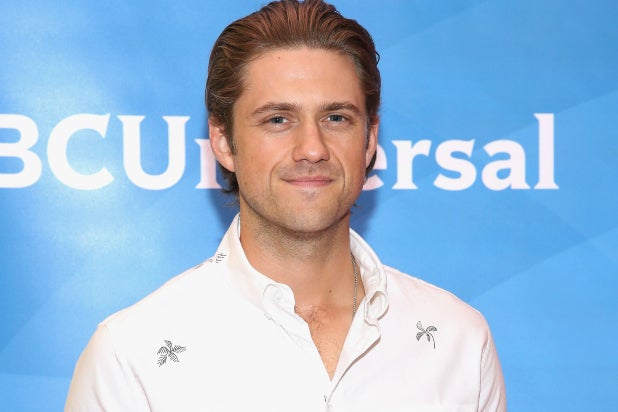 Fox has found its Danny Zuko and Kenickie for the upcoming event “Grease: Live.”

“Graceland’s” Aaron Tveit (pictured above) will play the male lead immortalized by John Travolta in the “Grease” films. “Big Time Rush” actor (and former member of the band by the same name) Carlos PenaVega is set for Zuko’s rough-and-tumble BFF, Kenickie.

“I’m thrilled and honored to be joining this incredibly talented team of actors in re-imagining this classic and beloved musical,” said Tveit, who starred in the 2012 film adaptation of “Les Miserables.” “Playing ‘Danny Zuko’ is a dream role and I can’t wait to be a part of all the fun that comes along with performing live on television.”

“Grease: Live” is executive-produced by Marc Platt. Thomas Kail is the director overseeing the stage direction and Alex Rudzinski will serve as the live television director.

Broadway writers Robert Cary and Jonathan Tolins will pen the live television adaptation. The Paramount Television production is based on the original musical “Grease” by Jim Jacobs and Warren Casey, and Paramount Pictures’ 1978 feature adaptation.