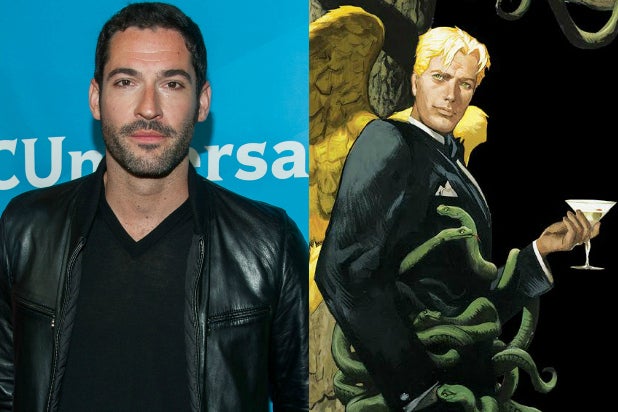 The devil you know is now Tom Ellis: Fox’s “Lucifer” has cast the “Rush” actor in its titular role.

The one-hour drama comes from executive producer and writer Tom Kapinos, and will be produced by Jerry Bruckheimer Television and Kapinos’ Aggressive Mediocrity, in association with Warner Bros. Television.

“Lucifer,” based on characters by Neil Gaiman, Sam Kieth and Mike Dringenberg for DC Comics’ Vertigo imprint, follows the bored and unhappy titular Lord of Hell.

On the show, Lucifer Morningstar resigns his throne and abandons his kingdom for the gorgeous, shimmering insanity of Los Angeles, where he gets his kicks helping the LAPD punish criminals.

Lucifer primarily has appeared as a recurring supporting character in “The Sandman” comic books. The fallen angel also commanded his own spinoff.

Thanks for all the messages about 'lucifer' can't wait to start!!!…its a properly fun script so hopefully we can do it justice

Fox’s earlier fall hit “Gotham” also comes from the DC Comics universe. Following a very strong start to the season, the Batman prequel has come back down to Earth a bit.