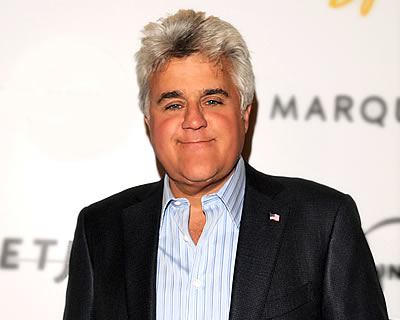 Jay Leno returns to his "Tonight Show" post on March 1 after the Olympics.

The late night homecoming will bring a collection of politicians, sports stars, and actors to the guest couch. Among the folks stopping by to welcome Leno back will be Jamie Foxx (the first night guest), Sarah Palin, Morgan Freeman, and the cast of "Jersey Shore."

Adam Lambert still may perform on March 2 as previously reported if there is enough time after Palin and Olympic Gold Medalist Shaun White appear.

Wednesday, March 3 – “Jaywalk All-Stars” with the Cast of “Jersey Shore,” Chelsea Handler, the most decorated American Winter Olympian of all time Speed Skater Apolo Anton Ohno and a musical performance by Avril Lavigne

Tuesday, March 9 – Guests include Christoph Waltz, Animal Expert Dave Salmoni and a musical performance by Joan Jett and The Blackhearts

Thursday, March 11 – Guests include Dana Carvey and Kim Kardashian, with a musical performance by Colbie Caillat