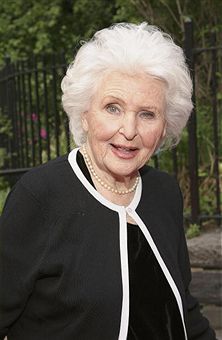 "Days of Our Lives" matriarch Frances Reid, who played Alice Horton on the long-running soap, died Wednesday at the age of 95, People magazine reported Thursday.

Reid appeared last on NBC’s hit show in December of 2007. She also had roles on "As the World Turns" and "The Edge of Night."