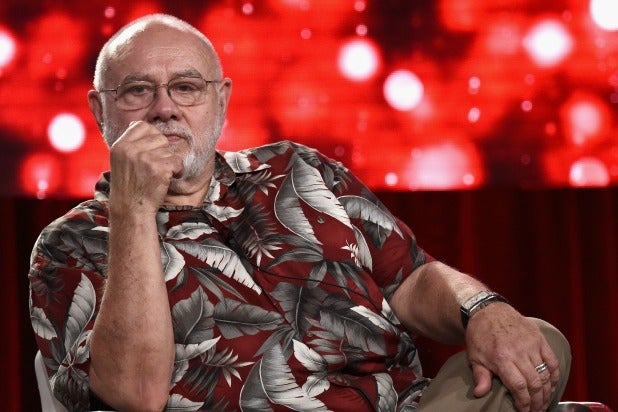 Designer Frank Bielec, who remodeled and redecorated rooms for eight seasons on TLC’s “Trading Spaces,” died on Friday at the age of 72.

Bielec’s passing was announced by TLC on Saturday morning, with the network tweeting that it will miss his “quirky style and wonderful sense of humor.”

A sad day for the TLC family as we learn of the passing of beloved Trading Spaces designer Frank Bielec. We will miss and remember him fondly, his quirky style and wonderful sense of humor. We share our love and condolences with the entire Bielec family at this difficult time. pic.twitter.com/D9cozQeDM2

Bielec’s wife Judy told TMZ, the first outlet to report the news, he had suffered a heart attack on Thursday and was taken to a hospital to Katy, Texas, before being transferred to a hospital in Houston, where he later passed away.

From 2000 to 2008, Bielec was one of the main designers featured on the show, which had a set of neighbors redesign a room in the other person’s home with the help of designers like Bielec. After contributing to the 2018 reboot, he was on a total of 43 episodes of the show. Bielec was also featured in spinoff series like “Trading Spaces: Family” and “Trading Spaces: Home Free.”

Vern Yip, another designer on the show, shared a tribute to Bielec on Twitter on Friday night, calling him “funny, wise, nice and talented.”

Lovely Frank Bielec passed away today from complications following a heart attack. Funny, wise, nice, and talented, he always lent perspective and levity to every situation. Thanks you for always being kind to me. I will miss you dearly friend. #FrankBielec #RIP #TradingSpaces pic.twitter.com/tPWAxNqRYW

A number of other Twitter users shared kind words about Bielec after hearing the news of his death.

So sad to hear that Frank Bielec passed away. He was such a sweet, funny guy, just a joy to be around. He made our Trading Spaces experience so much fun! Sending lots of hugs & high fives to him in heaven. & sending all the love and prayers to his family. pic.twitter.com/wgCwg0clN4

RIP Frank Bielec, my favorite "character" on my all-time favorite TV Show, Trading Spaces. I suppose I'm going to have to find a crafting project to play with this weekend in tribute. Cheers, mate.

My heart is sad to hear about the passing of Frank Bielec. I watched ‘Trading Spaces’ faithfully from the beginning. He was one of my favorites. I was inspired by him and others to on how to design on a budget. Praying for his family. #frankbielec #TradingSpaces pic.twitter.com/nuuuhDPFzz

Bielec taught elementary school art and social studies classes for years before earning his Master’s degree in Fine Arts. He later became a florist for two decades and was a respected artist who had his work featured in galleries. Along with his wife, Bielec opened a cross-stitch business called “Mosey ‘n Me” in 1989.

Judy Bielec told TMZ the family will not be holding a funeral service.