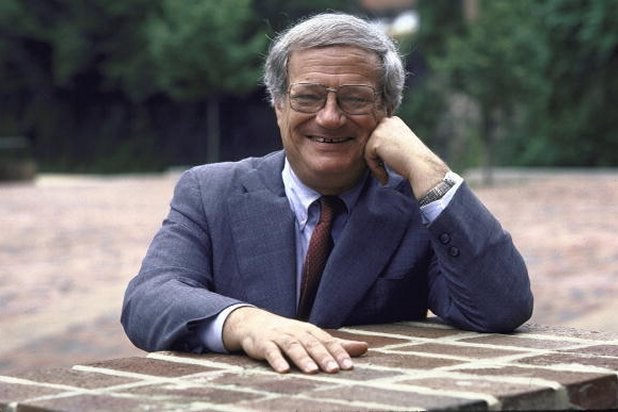 Frank Mankiewicz, who served as press secretary to Robert F. Kennedy during his presidential campaign and gained national fame when he had to announce the candidate’s assassination, died from massive heart failure, his son Josh confirmed on Twitter. He was 90.

After Kennedy died, Mankiewicz read this statement to the nation: “I have, uh, a short … I have a short announcement to read, which I will read, uh … at this time. Senator Robert Francis Kennedy died at 1:44 a.m. today, June 6, 1968. With Senator Kennedy at the time of his death were his wife Ethel, his sisters Mrs. Stephen Smith, Mrs. Patricia Lawford, his brother-in-law Mr. Stephen Smith and his sister-in-law Mrs. John F. Kennedy. He was 42 years old. Thank you.”

The short speech left an indelible mark on a nation still rocked by the assassination of President John F. Kennedy and the ongoing war in Vietnam.

Mankiewicz had a career as varied as it was long, working as president of National Public Radio, campaign director for presidential nominee George McGovern and an unsuccessful bid for public office of his own in 1974.

Growing up in Beverly Hills, Mankiewicz was surrounded by the glitz and glamour of Hollywood. His father, Herman Mankiewicz, co-wrote “Citizen Kane” and uncle Joseph Mankiewicz directed films like “All About Eve” and “A Letter to Three Wives.”

But while his brother Don continued in Hollywood, Frank’s interests were more political. After seeing combat in the Army during World War II, he studied political science, journalism and law at UCLA, Columbia University Graduate School of Journalism and University of California, Berkeley.

By the 1950s, he was a successful lawyer, but it was his passion for politics that lured him into that world. Mankiewicz accepted a huge pay cut to become director of the Peace Corps in Peru, meeting Robert F. Kennedy during his tenure there, and later becoming his press secretary.

After Kennedy’s assassination, Mankiewicz spent several years writing a syndicated political column with Tom Braden, but he was lured back into the arena when he became senior political adviser to Sen. George McGovern.

After McGovern’s loss to Richard Nixon in the general election, Mankiewicz tried for the House seat in Maryland, which he also lost. He then took on the reins of NPR as president in 1977, establishing it on the global stage and tripling listenership in the six years he was there, though he also left the organization with a legacy of debt that led to its decentralization.

Mankiewicz then focused on public relations, working for Gray & Company followed by Hill & Knowlton, for which he served as chair.

He is survived by his wife, the novelist Patricia O’Brien, and two sons from a previous marriage, Turner Classic Movies host Ben Mankiewicz and “Dateline NBC” correspondent Josh Mankiewicz.