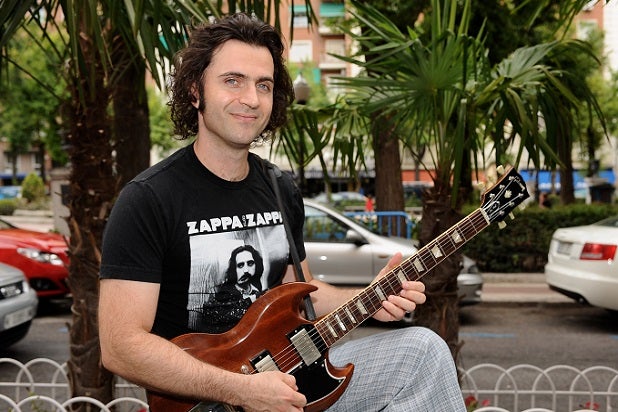 Tensions between Ahmet, Diva and Dweezil Zappa have reached such a heated point that Ahmet and Diva are now seeking relief in the legal arena.

In a petition filed in Los Angeles Superior Court last week, Ahmet and Diva are asking permission to establish a website to counter “false and negative publicity and allegations that have been made in the media by third parties, including beneficiaries of the [Zappa Family] Trust, without causing suspension or removal.”

According to the petition, the “relentless and continued assertions .. are compromising the value of the Trust” and that they want to “repel these misguided, mean-spirited and blatantly false attacks against the Trust.”

The petition claims that Moon Unit and Dweezil Zappa suffered “much consternation” when Ahmet and Diva were named co-trustees of the Zappa Family Trust following the death of their mother Gail in 2015.

The petition claims that Dweezil (pictured above) in particular has been trash-talking the trust, publishing a blog post in October saying that he’s no longer allowed to perform under the name Zappa Plays Zappa because of a cease and desist order. He now tours under the title Dweezil Zappa Plays Whatever the F@%k He Wants: Cease and Desist Tour 2016.

The petition claims that Dweezil’s goal is to “openly mock the Trust, and his brother and sister in social media as well as to attack his mother’s legacy.”

But according to Ahmet and Diva, there is no cease and desist order. In truth, the petition says, the Trust owns the Zappa Plays Zappa mark that’s for use by any of the kids, and Dweezil was merely asked to pay a $1 licensing fee and to share proceeds with the Trust, as well as sell Frank Zappa merchandise along with Zappa Plays Zappa merchandise.

The petition also says that whatever proceeds he pays to the trust are to be paid back to him, per the agreement.

“Gail was looking out for Dweezil, as one would expect a mother to look out for her son, especially one going through a divorce,” the petition reads. “However, it is for Dweezil to paint his deceased mother as a villain after her death, something he never would have done while she was alive.”