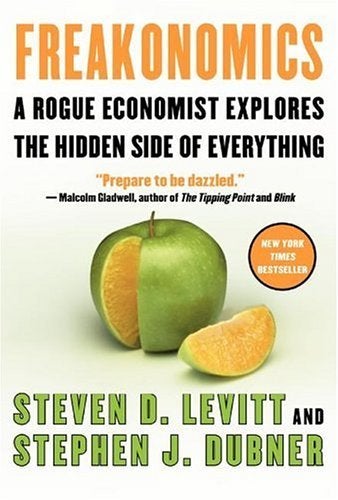 “Freakonomics,” a documentary inspired by the best-selling book, will be the closing gala film at this year’s Tribeca Film Festival, the festival announced on Monday.

Directed by Alex Gibney, Morgan Spurlock, Rachel Grady, Heidi Ewing, Eugene Jarecki and Seth Gordon, who brought such documentaries as "Super Size Me" and "Enron: The Smartest Guys in the Room," "Freakonomics" will screen on April 30.

Tribeca also announced that it will host the premiere of next summer’s Amanda Seyfried romance “Letters to Juliet” on April 25 and a special presentation of “My Own Love Song,” which marks the English language debut of "La Vie En Rose" director Olivier Dahan.

“This trio of films embodies the spirit of diversity that has defined Tribeca through the years,” Nancy Schafer, the festival’s executive director said in a statement. “Audiences will be charmed by ‘Letters to Juliet,’ moved by Jane’s emotional journey to redemption in ‘My Own Love Song’ and glued to their seats during the riveting ‘Freakonomics,’ which marks the return of some of today’s best documentary filmmakers to Tribeca. We are truly honored that they’ve once again chosen our Festival as a platform to share their work.”