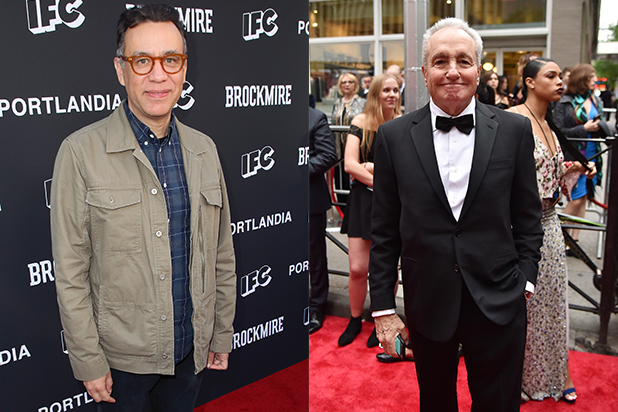 A new half-hour comedy from Fred Armisen and “Saturday Night Live” boss Lorne Michaels has been ordered to series at HBO. And it’s in Spanish.

According to the logline, “Los Espookys” (working title) is set in a strange and dreamy version of present-day Mexico City and follows a group of friends turning their love for horror into a peculiar business. Formerly known as “Mexico City: Only Good Things Happen,” the series is written and executive produced by Armisen.

Bernardo Velasco will play Renaldo, the leader of Los Espookys. He’s noble, kind, serene and obsessed with gore. He’s always running out of cell phone minutes. Cassandra Ciangherotti stars as Ursula, a calm and collected dental assistant. She provides teeth for the group’s monsters. She loves horror and her sister Tati but above all, teeth. Ana Fabrega will play Tati, Ursula’s sister and Los Espookys’ test dummy. She’s constantly juggling several odd jobs, such as breaking in other people’s shoes and testing child safety locks.

Julio Torres is Andres, Renaldo’s best friend. He’s a dark and mysterious heir to a chocolate empire. His only true nemesis is his gorgeous boyfriend. And Armisen stars as Tico, Renaldo’s reliable uncle who lives in LA. He’s a prodigious valet driver living his dream of parking cars.

“Los Espookys” hails from Broadway Video in association with Antigravico and Más Mejor.