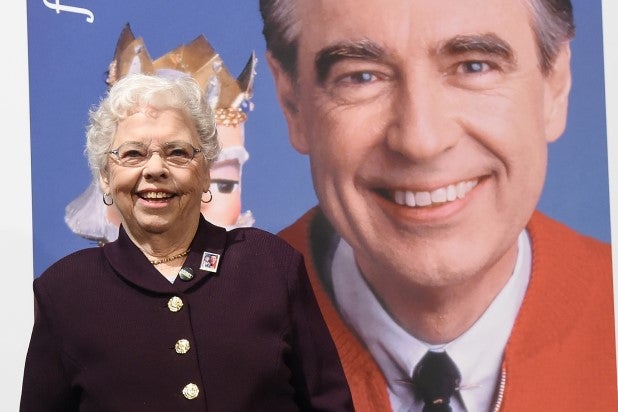 “He wrote me a letter proposing marriage,” Joanne Rogers said on a “Today” show appearance in 2018. “He,” of course, being Fred Rogers, the beloved star of “Mister Roger’s Neighborhood.”

Fred first met his bride-to-be after a professor at Dartmouth College told him their new music department wouldn’t be ready to offer him a music major. Rogers was advised to instead consider transferring to Rollins College in Winter Park, Florida.

Fred agreed to think it over and flew down to the area in the spring of 1948. The Dartmouth professor who made the recommendation had recently transferred from Rollins himself and knew some of the students in the Conservatory of Music program there. He told them about “the young man from Dartmouth with real talent as a pianist,” wrote Maxwell King in “The Good Neighbor: The Life and Work of Fred Rogers.” The students agreed to pick up Fred at the airport and show him around the campus.

Also Read: 'A Beautiful Day in the Neighborhood' Writers on What's Fact and Fiction in Mr Rogers Movie

One of the music students in the car that day happened to be Joanne Byrd, Fred’s future wife. Years later, Joanne remembered the moment well: “We piled into the antique Franklin that had lots of room. We were hanging out the windows of the car when he came out. We grabbed him, and took him right with us, and made him one of us.”

Becoming “one of them” to Fred meant befriending the whole group of about 20 or so music majors, but he and Joanne clicked.

Though Fred and Joanne were shy and not overly affectionate (holding hands was about as physical as their relationship publicly became), the pair spent so much time together that most of their classmates thought of them as a couple.

Their connection blossomed throughout the two years they attended Rollins together, but Joanne was ahead of Fred academically by one year and had to move on to graduate studies at Florida State University in Tallahassee, some 250 miles away. They wrote to each other and spoke on the phone, but hadn’t agreed to be exclusive and Joanne heard from friends that Fred occasionally went on dates with other girls. Still, she wasn’t going to miss Fred’s graduation in 1951 and the two picked up right where they left off as soon as they saw each other again. “It was just like tak(ing) up again where we had been,” Joanne later said in an interview, “and there wasn’t any awkwardness, although I was probably a little more cautious, because I knew that he had dated other girls that year.”

Despite their happy reunion, the distance between the couple only widened after Fred’s graduation. He had decided to pursue a career in television in New York City — more than 1,000 miles away from Florida State University.

The letters and phone calls became less and less frequent during their time apart until Fred learned that Joanne had begun spending a lot of time with her music teacher’s grandson; a young man visiting from Germany named Christoph von Dohnányi.

Joanne and Dohnányi even attended a music conference together in St. Petersburg, Florida where they ran into Fred’s mother and father while they were vacationing nearby. Joanne noticed right away how closely Fred’s parents were observing the man traveling by her side.

Also Read: Tom Hanks Reacts to 'Jeopardy' Contestants Not Recognizing Him as Mister Rogers: 'You Are Kidding Me!' (Video)

Shortly after Mr. and Mrs. Rogers conveyed that information to their son, Joanne Rogers received a letter from Fred. Any diminishing feelings he had experienced during their months apart were suddenly rekindled as he expressed his love in a letter that ended with a marriage proposal.

As soon as she read the letter, Joanne called Fred from the nearest payphone. While she listened to the phone ringing, she began to study the graffiti that covered the inside of the phone booth. As soon as Fred answered the phone, she suddenly blurted out “s–t!” — accidentally reading one of the words scrawled in front of her. She heard Fred laughing good-naturedly at her gaffe from the other end of the call and then “yes” was the next word to come out of her mouth. With that, Fred Rogers and Joanne Byrd were officially engaged.

Fred flew down for Joanne’s graduation from Florida State and put a ring on her finger. He sealed the occasion with what Joanne later recalled as “a very romantic kiss.”

Also Read: How 'A Beautiful Day in the Neighborhood' Director Got 'Boisterous' Tom Hanks to Capture Mr Rogers' 'Stillness' | Video

The happy couple was married on June 9, 1952 in New York City and they remained deeply devoted to each other for the next 50 years until Fred died of stomach cancer in 2003.

After his death, Joanne worked to preserve her husband’s legacy and continued their shared commitment to supporting public television until her death on January 14, at age 92.

While Fred and Joanne Rogers’ hallmark marriage is a success by any standard, one can’t help but admire how the early years of their relationship endured a summer of shyness, two stints of long-distance, and a letter that no one saw coming.

BIO Daryl Austin
Daryl Austin is a journalist based in Utah. His work has appeared in The New York Times, CNN, Business Insider, and The Washington Post. Twitter: @darylaustinUT 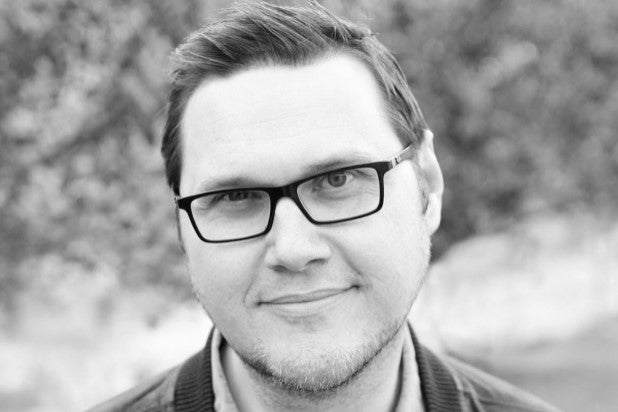 Daryl Austin is a journalist based in Utah. His work has appeared in The New York Times, CNN, Business Insider, and The Washington Post. Twitter: @darylaustinUT