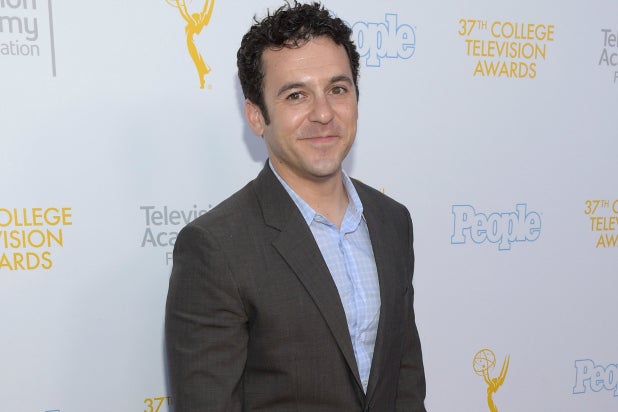 attends the 37th College Television Awards at Skirball Cultural Center on May 25, 2016 in Los Angeles, California.

“Fresh Off the Boat” duo Kourtney Kang and Nahnatchka Khan have received a put-pilot commitment from NBC for their next family comedy, TheWrap has learned.

Based on Kang’s real upbringing as a member of the only mixed-race family in her suburb of Philadelphia, the untiled sitcom will be of the single-camera variety. It promised to cover real-world issues like race and gender as Kang’s character stays on course to fulfill her life goal — becoming a Laker Girl like her idol Paula Abdul.

Fred Savage will executive produce the 20th Century Fox series alongside the two. He’ll direct as well. Savage, Kang and Khan are all under overall deals at Fox and the show marks the first project sold through Khan’s Fierce Baby production banner.

Savage, who saw his series “The Grinder” canceled by Fox after one low-rated season, has been quite busy lately. The “Wonder Years” alum has been spending time guest co-hosting “Live” with Kelly Ripa, leading some — TheWrap included — to speculate about the chances of Savage becoming Michael Strahan‘s permanent replacement.

Unfortunately for Fred, of the Top 10 most-probable candidates for the full-time spot, he’s got the lowest Positive Q Score.

Check out the rankings by that industry acceptable measure of one’s likability here.

Kelly Ripa's 10 Most Probable Co-Hosts, Ranked From Most to Least Liked (Photos)

Kelly Ripa still needs a permanent replacement for Michael Strahan on "Live With Kelly," and TheWrap has ranked the 10 most-probable co-hosts by their Positive Q Scores, a measure of likability used in the industry. The higher the Positive Q score, the better.