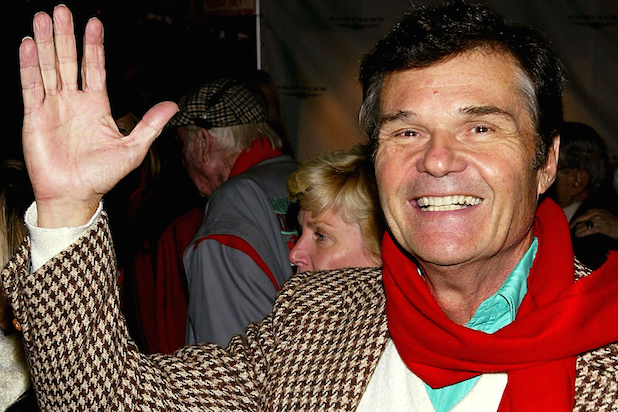 Fred Willard’s passing Friday night at 86 was met with great sadness by scores of Hollywood’s biggest names, who shared parting tributes to the comic actor best known for his work in “Best in Show,” “Anchorman” and “Everybody Loves Raymond.”

“There was no man sweeter or funnier,” Jimmy Kimmel tweeted. “We were so lucky to know Fred Willard and will miss his many visits.”

There was no man sweeter or funnier. We were so lucky to know Fred Willard and will miss his many visits https://t.co/joHM39o8k4

Christina Applegate, who starred alongside Willard in “Anchorman,” tweeted she was “gutted” by the news, adding that his “immense talent and kindness will never be forgotten.”

Gutted. His immense talent and kindness will never be forgotten. We love you Fred Willard. Thank you for the decades of laughter.

Also Read: Fred Willard, Comic Actor in 'This Is Spinal Tap' and 'Modern Family,' Dies at 86

How lucky that we all got to enjoy Fred Willard’s gifts. He is with his missed Mary now. Thanks for the deep belly laughs Mr. Willard. Best in Show (7/11) Movie CLIP – Judging the Hounds (2000) HD https://t.co/wPrbk9VjWI via @YouTube

Devastated to learn that the great Fred Willard has died. I was honored to have called him a friend. One of the funniest, nicest, sweetest, purest souls I have ever had the privilege to know. He was my hero from Fernwood Tonight when I was a kid. He was never not funny. RIP Fred.

Judd Apatow, Harry Shearer and Michael McKean, among many others, also shared their memories of Willard. Shearer and McKean both worked with Willard on “This Is Spinal Tap,” Rob Reiner’s 1984 landmark mockumentary.

Just learned of Fred Willard's passing. Just about the funniest human ever to walk the planet. An amazing talent, in telekinetic contact with the very wellspring of comedy.

Fred Willard could not have been funnier. He was pure joy. And the sweetest person you could ever meet. https://t.co/JoLy6PVd9d

RIP Fred Willard ..you were incomparable

It was a privilege to have the great Fred Willard know my name. Rest In Peace Fred. You were funny in your bones. pic.twitter.com/PlFTCHFZCK

RIP to the legendary #FredWillard. The first time I worked with him ironically it was a table reading for a Drama/comedy play. I was still in The Groundlings in those days. He looked right in my eyes when we had dialogue. Basic but vital acting tip. Oh and funny as f**k????

In addition to his unforgettable role in “Spinal Tap,” Willard also appeared in a number of Guest’s ensemble films, including “Waiting for Guffman,” “Best in Show,” “A Mighty Wind” and “For Your Consideration.” He also had memorable roles in the two “Anchorman” films, “Silver Streak,” “Fun With Dick and Jane,” “Austin Powers: The Spy Who Shagged Me,” “Harold & Kumar Go to White Castle” and “Fifty Shades of Black,” to name just a few.

Here are a few other of the many tweets honoring the actor:

Fred Willard was the funniest person that I've ever worked with. He was a sweet, wonderful man.