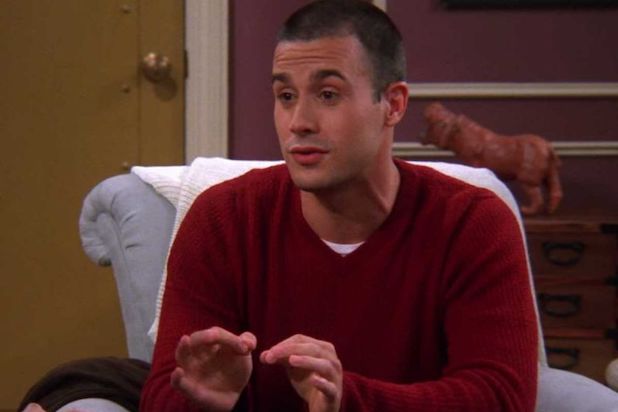 Who could ever forget Freddie Prinze Jr.’s role as Sandy, the recorder-playing, hand-puppet-loving, expert “manny” who was the very short-term nanny to Ross (David Schwimmer) and Rachel’s (Jennifer Aniston) baby daughter, Emma, on “Friends”? Well, you could have, if the role had gone to the actor who was going to play the male nanny: Tom Hanks.

“I wasn’t even supposed to be [Sandy], that was originally offered to Tom Hanks but he wasn’t gonna make it back from his film on time,” Prinze told Entertainment Weekly in an interview published Thursday. “And so my agent called me and said, ‘Do you want to be on Friends? And I said, ‘Yeah, I’ll do an episode of ‘Friends.’ That’ll be great.’ He said, ‘Yeah, it shoots tomorrow.’ And I was like, ‘What?’ He said, ‘Yes, tomorrow so I’ll send you the script.'”

And not only did he have to learn his lines quickly, he had to master the recorder pretty darn fast, too.

“I had just learned for the last like four hours of my day there how to play ‘Greensleeves’ on the recorder because I’d never played it before. And [Schwimmer] was like, ‘I heard you practicing, man. You’re going to crush the song,'” Prinze said. “I told him he shouldn’t have said that because it’s bad luck. But he was like, ‘No! You’re going to crush it.'”

Sandy wasn’t able to stick around as Emma’s nanny due to Ross’ insecurities about having a man care for his daughter, but Prinze’s performance has certainly stuck in fans hearts. Sorry, Tom.