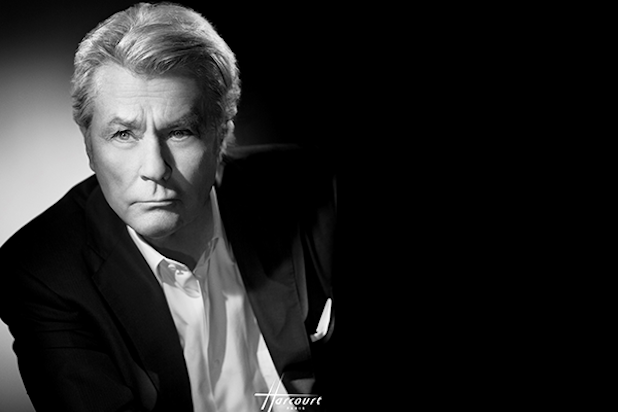 Alain Delon, the French star of “Le Samouraï,” “The Leopard” and “Rocco and His Brothers,” will receive an honorary Palme d’Or at 2019’s Cannes Film Festival, the festival announced on Wednesday.

Delon starred in Luchino Visconti’s “The Leopard,” which received the festival’s top prize in 1963. He starred in more than 80 films, and is revered in Japan as the “Spring Samurai.”

“Pierre Lescure and I are delighted that Alain Delon has accepted to be honoured by the Festival,” Thierry Frémaux, general delegate of Cannes says in a statement. “He hesitated for a long time, having long been reluctant to this Palme d’Or because he thought he should only come to Cannes to celebrate the directors he had been working with.”

Delon’s connection with the festival dates back to the start of his career. He first appeared on the red carpet with the 1961 film “The Joy of Living,” and he later attended on behalf of “The Eclipse,” “The Leopard” and “Mr. Klein.” Delon has also presented the Palme d’Or as well.

The 72nd Cannes International Film Festival will run from May 14-25. The Jury will be chaired by Alejandro González Inárritu. Jim Jarmusch’s “The Dead Don’t Die” will open the competition.

The 2019 official selection will be announced on Thursday, April 18.