As seen above, Taghmaoui was photographed on set in World War I-era garb with Chris Pine, who co-stars as Wonder Woman’s love interest Steve Trevor. Another photo below shows the actor’s chair right beside those of Pine and star Gal Gadot.

Nicole Kidman has been in negotiations for a key role in “Wonder Woman,” but it’s unclear if her deal will make, as there is a significant scheduling conflict with “Big Little Lies,” the HBO limited series she’s producing and starring in alongside Reese Witherspoon.

Wonder Woman will be introduced in next year’s “Batman v Superman: Dawn of Justice” before her solo movie hits theaters on June 23, 2017.

Taghmaoui is a Hollywood veteran whose TV credits include “Lost,” “The Missing,” “Touch,” “Strike Back” and “Sleeper Cell.” On the big screen, he has appeared in David O. Russell‘s “Three Kings,” “I Heart Huckabees” and “American Hustle,” as well as the acclaimed French crime drama “La Haine.”

Taghmaoui, who will soon be seen alongside Bryan Cranston in “Infiltrator,” is represented by Markham, Froggatt and Irwin, manager David Unger and attorney Robert S. Wallerstein.

[The photos in this post were first spotted on Heroic Hollywood.] 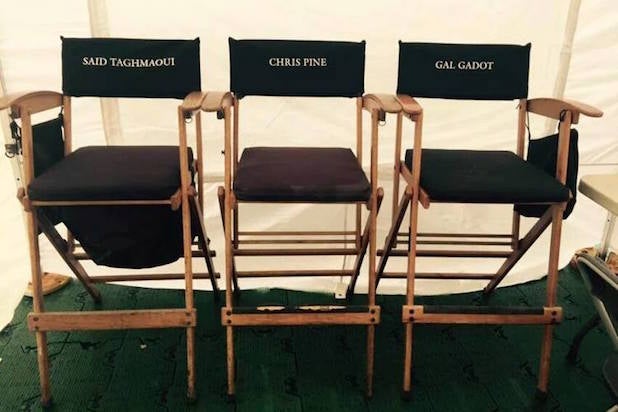