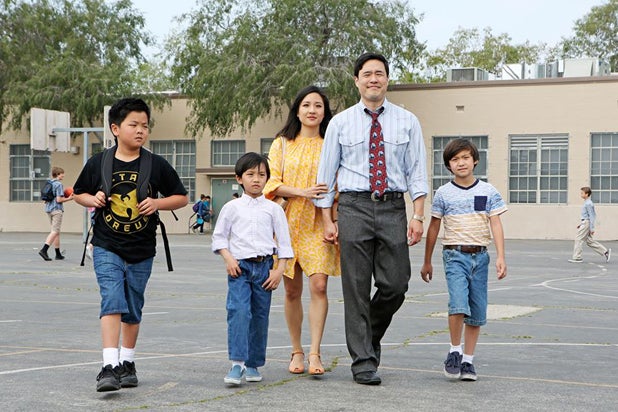 UPDATE (2:42 p.m.): ABC has also renewed “The Middle” for Season 8, according to the showrunners.

Thrilled to announce that #TheMiddle will officially be back for a season 8!

The Middle officially picked up for season 8!

PREVIOUSLY (12:51 p.m.): The network has also renewed “The Goldbergs” for Season 4, according to showrunner and creator Adam Goldberg.

Prepare for a 4th season of smothering, yelling, 80s toys, Star Wars references, tightie whities and the Big Tasty run! We got picked up!!!!

ORIGINALLY: ABC has renewed “Fresh Off the Boat” for Season 3, TheWrap has learned.

“Fresh Off the Boat” revolves around 11-year-old, hip-hop-loving Eddie Huang (Yang) whose family has just moved from Washington, D.C.’s Chinatown to suburban Orlando, Fla., so that the family patriarch Louis (Park) can follow his American dream of opening a Western-themed restaurant.

The renewal comes on the heels of the announcement that ABC has renewed its fairy tale drama “Once Upon a Time” for a sixth season. More renewals are expected later in the day.