It was expected that Sony’s "Dear John" might challenge "Avatar" for this weekend’s box-office crown, but nobody said anything about a rout, much less anything about the teen-targeted romantic drama having a $35 million weekend.

But scratch your blue Na’vi head and rub your big yellow 3D eyes — that’s exactly what happened. Starring "Mamma Mia!’s" Amanda Seyfried and "G.I. Joe’s" Channing Tatum as war-torn lovers, "Dear John" raced out to a $13.6 million Friday at North American theaters, according to studio estimates, putting it on pace for the biggest opening ever for a Screen Gems-label film (2005’s "Exorcism of Emily Rose" holds the current mark at $30 million).

"Mid-twenties was the highest number I heard from optimistic whispers in the hall," said one Sony official. "This was a fantastic start." 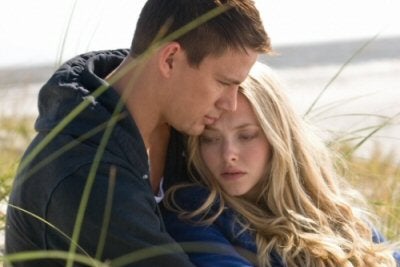 Finally relegated to No. 2 after seven rather auspicious weeks, Fox’s "Avatar" took in $6.2 million Friday, registering only a 17 percent week-to-week drop.

James Cameron’s 3D film, the now the biggest domestic, foreign and worldwide grosser ever with nearly $2.1 billion in global receipts, is tracking to finish with about $22 million in North America over the three-day weekend period.

Also opening wide this weekend, Lionsgate John Travolta action thriller "From Paris with Love" got off to a soft start, grossing just under $3 million at 2,722 engagements. Picked to take in somewhere in the mid-teens this weekend, the film, directed by Pierre Morel (the guy who did last year’s Fox hit "Taken"), is on pace for only about an $8 million weekend.

With the Super Bowl set to occupy up to 100 million viewers Sunday, the overall weekend box office isn’t expected to be huge.

However, a number of studios anticipated a bump from last week’s Academy Awards nominations.

And while "Avatar’s" nine Oscar nominations might not have had too much affect on the gross of a film that has pretty much been seen by everyone in the movie-going marketplace a this point, a nod to star Jeff Bridges (Best Actor) spurred Fox Searchlight’s "Crazy Heart" to expand to 819 theaters and finish in the top 10 with $1.1 million Friday.

Here’s a look at the top 10 at the domestic box office Friday:

It probably won’t be enough to topple "Avatar" from its position atop the North American box office, but James Cameron’s 3D blockbuster will finally face some real competition this weekend.

Starring “Big Love’s” Amanda Seyfried and heartthrob Channing Tatum as war-torn lovers, it could do as much as $25 million worth of business this weekend, according to some tracking estimates.

Still, declining just over 10 percent last weekend to $31.3 million — and picking up nine Academy Award nominations earlier this week, including Best Picture and Director – James Cameron’s 3D blockbuster is expected to gross into the high twenties this weekend.

That should be enough to extend its domination of the domestic box office for an eighth straight week.

“‘Dear John’ looks huge this weekend,” said one rival-studio distribution official. “Some are saying that it could even take down ‘Avatar,’ but I don’t see that happening.”

Developed by Sony, “Dear John” was fully financed by Relativity Media at a production cost of around $25 million.

For its part, Lionsgate’s tracking for “From Paris” shows a performance in the low teens. However, with Warner’s similarly profiled Mel Gibson movie “Edge of Darkness” beating forecast last weekend, Lionsgate officials are hoping for a similar over-performance. 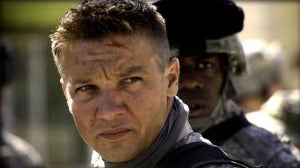 Last year around this time (the last weekend of January to be precise), director Morel’s “Taken” debuted to $24.7 million, on the way to an eventual $226.8 million worldwide gross.

Meanwhile, with the Academy Awards nominations finally providing clarity to the trophy race, a number of niche dramas are being re-expanded or re-introduced into the marketplace.

Summit Entertainment’s “The Hurt Locker,” for example, will be brought back out into 100 runs after receiving nine Oscar nominations Tuesday, including Best Picture.

Also expanding: Lionsgate’s “Precious” will open to 669 locations from 222; Fox Searchlight’s “Crazy Heart” will go into 819 theaters from 239; and Sony Pictures Classic’s “An Education” will re-enter the market in 759 locations.“With only two new wide releases this weekend, finding screens wasn’t much of an issue,” said one distribution official.”

That surfeit will be short-lived, however. Three major releases arrive in theaters next weekend, which will be a Presidents Day holiday period: Universal’s “The Wolfman,” Warner’s “Valentine’s Day” and Fox’s “Percy Jackson and the Olympians: The Lightning Thief” will all debut in over 3,000 theaters.