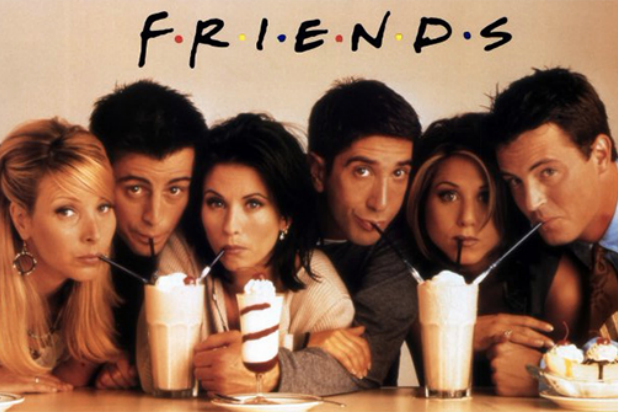 Fine by us! TBS is marking the 20th anniversary of “Friends” with a mini-marathon on Monday.

The run, which airs two decades to the day that the hit comedy debuted on NBC, will begin at 10 a.m. and settle up by 8 p.m.

Those 10 hours of Ross, Rachel, Monica, Phoebe, Chandler and Joey will consist of 20 fan-chosen episodes.

The TBS marathon coincides with the Warner Bros. — which produced the show — and Eight O’Clock Coffee pop-up replica of Central Perk, the neighborhood coffee shop frequented by the characters on the sitcom.

The shop is located at 199 Lafayette Street in SoHo, New York City and will be open through Oct. 18.

“We’re thrilled to be celebrating ‘Friends” 20th anniversary by giving fans the chance to choose their favorite episodes for TBS’s 20-episode marathon,” said Phil Oppenheim, senior vice president of programming and scheduling for TBS and TNT. “This is a great way for longtime fans to rediscover the show and for new fans to join the fun.”