A knife-hurling poltergeist, a doppelganger-infested seminary, a fleet of mini UFO drones and a giant, grody Bigfoot toenail (you read that right) are just a few of the bizarro video clips Jack Osbourne and the “Ghost Brothers” — Dalen Spratt, Marcus Harvey and Juwan Mass — have compiled to rattle each other in the new discovery+ series “Fright Club.”

In a hair-raising yet hospitable competition, the quartet of paranormal investigators not only round up the freakiest footage and photos of the unexplainable, but they also get those who shot the oddities to share how they felt in the moment they captured it.

In the exclusive teaser above, Harvey presents a clip of footage taken in an abandoned hospital used in World War I that clearly shows a large light anomaly pass through the frame, breaking a chair in its path.

“Our mission is to freak each other out with the craziest paranormal clips out there!” Osbourne said. “At the end, we’ll vote on who brought the nightmare clip, the one most likely to haunt your dreams.” Their reactions usually range from “Whoa! Whoa! WHOA!” to “Get out of here!” to “That’s psychotic!” 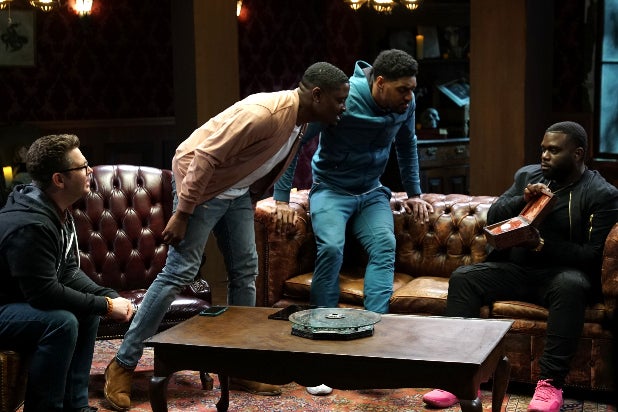 Spratt told TheWrap his most memorable freak-out moment came while investigating the Allen House in Monticello, Ark., where many claim they’ve seen the apparition of a young woman who killed herself after being jilted by her married lover.

“Me being naive, I said, ‘If there’s a ghost in here, can you sit here next to me on the couch?'” Spratt recounted. “Not knowing that this woman would actually do what I asked, and she actually did. I ran the hell out of there.”

While Mass said the House of Wills, a former funeral home in Cleveland that is said to have trapped a dark presence inside, was his most terrifying investigation, Harvey cited the Fitzgerald Hotel in Washington, Fla. Although “scared” isn’t exactly the word he’d use to describe the experience.

“Where one person would call it ‘scared,’ I would call it a business decision,” he said in jest. But seriously, folks, Harvey was literally touched by an angel during that investigation — or at least he was touched by something he could not see.

“We were doing an investigation and Juwan opened a portal that he didn’t know how to close,” Harvey said. “Later on that night after our investigation, I’m falling asleep, watching television, trying to kind of get my mind off of the night and all of a sudden, so gently, I get touched on my leg, like a caress on my leg. That was night here. It wasn’t, it was not by an angel. Della Reese was not in my room,” he said of the late star of the family drama “Touched by an Angel.” 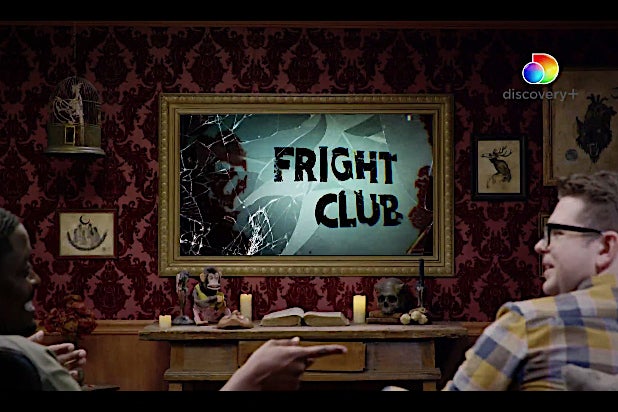 But one of the most amazing and awe-inspiring clips on “Fright Club” comes from a Florida pastor, whose prayers and praise on camera come with such passion and power that a spiritual phenomenon appears hovering in frame. “It was one of those clips that made the show because it’s highly questionable,” Mass said. “But what I couldn’t question was, this man obviously had strong emotion about what he saw and what happened. I was like, based on the reaction that he gave, I’m like, ‘I believe that you’re telling me the truth.'”

Osbourne has become a sort of go-to guy in the paranormal investigating world, having hosted SyFy’s “Haunted Highway” almost a decade ago and, most recently, “Portal to Hell,” “The Osbournes Want to Believe” and “The Osbournes: Night of Terror” for Travel Channel, which is owned by Discovery, Inc.

“It seems to certainly be that way, and I’m totally OK with it!” he said. “I love working with the Travel Channel and discovery + teams, and I can honestly say that in all my years of working in TV, I’ve never worked with a network that is so supportive of their shows and talent. It feels like a true partnership.”

Speaking of partnership, Osbourne is loving teaming up with the “Ghost Brothers” gang for “Fright Club,” calling the experience “awesome.”

“I’ve always really enjoyed their shows so I’m thrilled to be working with them on ‘Fright Club,'” he said. “I think we gelled really nicely together and it was almost instantaneous. Well, really it was us instantaneously taking the piss out of each other.”