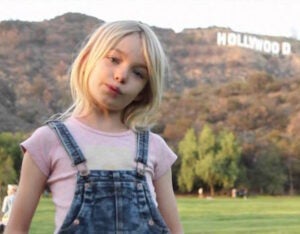 Universal will distribute the genre movie, which is being produced by Jason Blum‘s Blumhouse Productions and Matt Kaplan’s Chapter One.

Ben Collins and Luke Piotrowski wrote the script, which was voted to the 2012 Blood List. Blum and Kaplan are producing alongside Ellen Goldsmith-Vein and Adrienne Biddle, while Nate Matteson, Eric Robinson and Bryan Bertino will serve as executive producers.

Shree will play Stephanie, who is abandoned by her parents in their remote home where a dark supernatural force looms in the background. When her mother (Torv) and father (Grillo) return to claim her, the malevolent power spins out of control with Stephanie at the center.

Oscar-winning screenwriter Goldsman has worked with Blumhouse before, having served as an executive producer on three “Paranormal Activity” sequels. He made his feature directorial debut last year with “Winter’s Tale.”

Torv starred on “Fringe” and recently filmed an HBO pilot with Ryan Murphy. The Australian actress will soon be seen alongside Geoffrey Rush in the indie drama “The Daughter.” She’s represented by WME, Conway van Gelder Grant in the U.K. and United Management in Australia.